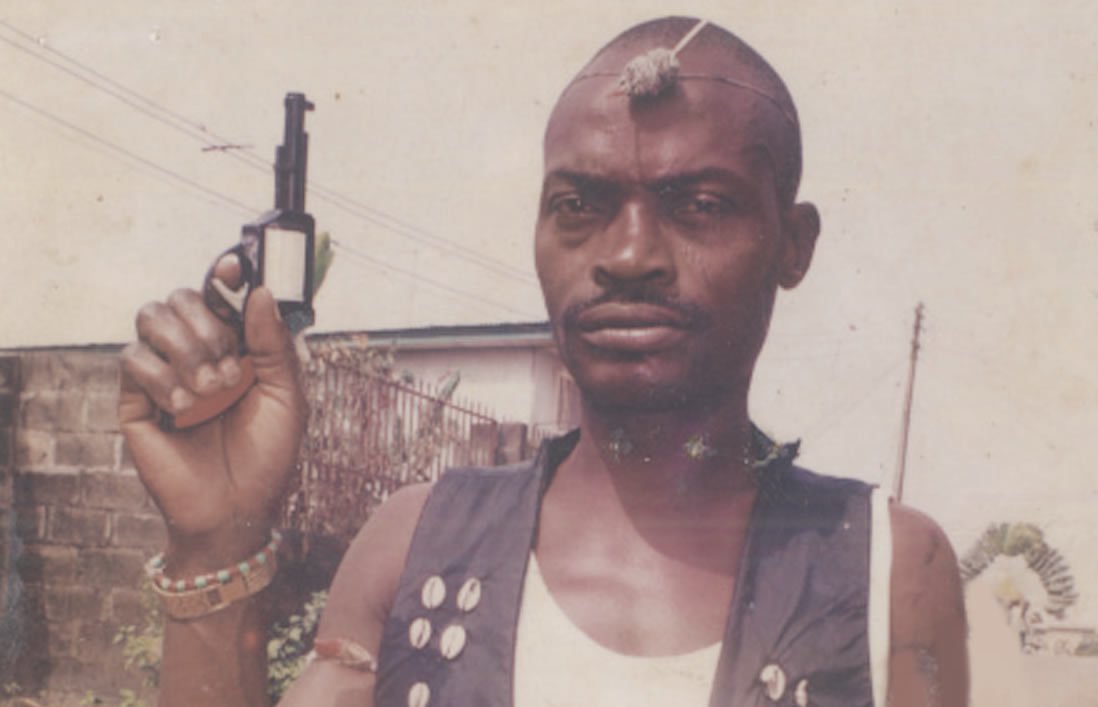 One time Nigeria’s most wanted criminal, Shina Rambo, has resurfaced in the Ekiti capital professing that he is now a changed man working for God as a preacher of the gospel of Christ.

He spoke on Sunday night on a weekend Yoruba programme monitored on Fresh FM Radio, Ado Ekiti, and anchored personally by prominent ace gospel musician and owner of the radio station, Yinka Ayefele.

Rambo, who gave his real name as Oluwasina Oluwagbemiga, confessed to be the same person whose gang terrorised some parts of the country for years and tormented innocent citizens with attacks, killings and maiming.

He said so many people, especially the police, would be surprised to hear that the same man they claimed to have killed on a number of occasions was still alive today.

Claiming that he was now a complete child of God preaching the gospel in prisons and other reform centres, Rambo, who gave 1958 as his year of birth, said he was born as a native of Abeokuta, the Ogun State capital, but was raised in Benin city.

“My father was a prominent person, and a soldier moving from one part of the country to the other. In my attempt to acquire black power then, I went to a total of 21 places, prominent among which were Minna, Niger state, and later Oro, in present day Kwara.

“I was in one of those places for 91 days in Idanre, Ondo state, where we were mandated to be sucking the milk of a possessed woman’s breast, as our only food and water, so occult powers can transmit to our body.

“At the end of the whole exercise, I possessed a total of 901 power images that can be used to cajole or disappear at a scene of crime and project the image of another person. So, if I was killed at a particular point, I had the powers to resurface in another place in another form,” he said.

It was reported that Rambo expressed regret over his roles in a series deadly crimes that held the country spellbound for years, claiming that he was misguided by evil spirits.

He said the moment he accepted Christ, he realized he had no more occult powers as the spirit of God suddenly descended on him directing him to drop all his bad habits and start preaching about God.

Quoting the holy bible copiously throughout the radio programme, Rambo said he had won many souls through his preaching, while a number of churches had also been established.

Rambo stated that the death of his wife and three children on a single day in the hands of those who came to arrest him, but did not meet him, was his worst regret of his former life in crime

“I was to be arrested on the fateful day but those that came could not find me, so they killed them”, he said.

He urged the criminally minded to turn over a new leave in record time and have a change of heart so as to receive divine salvation as well as avoid incurring the God’s wrath.