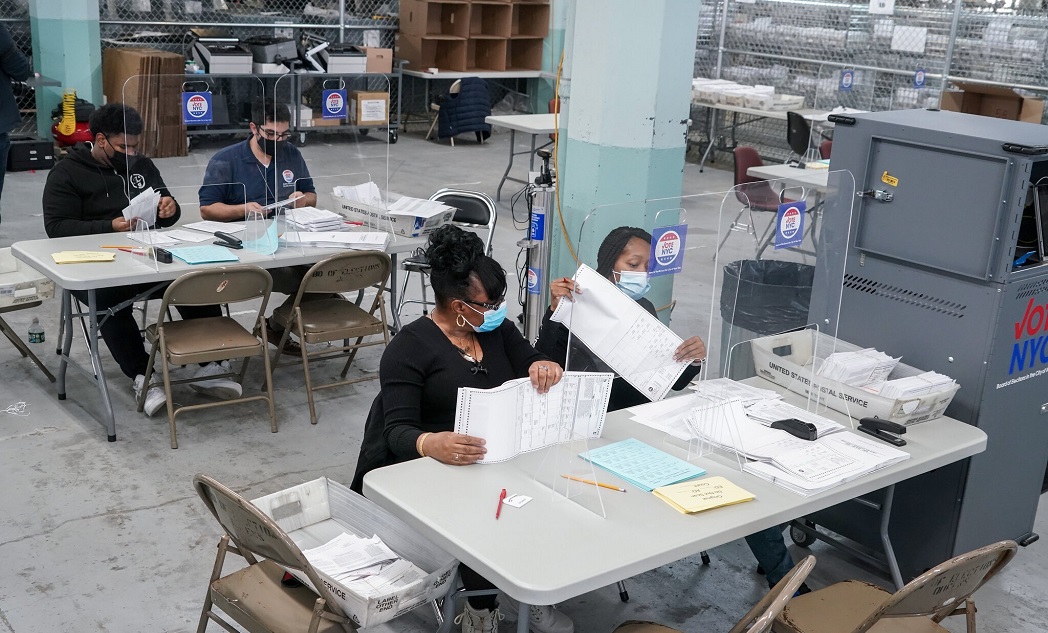 This is a move championed by President Trump but officials have said is unlikely to erase President-elect Joseph Biden’s narrow but significant lead in the State of Georgia.

The recount, which will use the paper printouts created under Georgia’s new electronic voting system and goes further than the “scan” recount required by law, will apply to only the presidential election. It will not affect the outcome of the state’s two Senate races, which will be decided in runoffs on Jan. 5 and will determine Senate control.

Mr. Biden currently leads Mr. Trump in Georgia by more than 14,000 votes, with almost all of the absentee and in-person ballots counted.

“With the margin being so close, it will require a full by-hand recount in each county,” Mr. Raffensperger told reporters in Atlanta, saying he made the decision because of the “national significance” of the outcome in a state with 16 electoral votes.

“It will be a heavy lift,” he said, but added that the hand recount would give skeptics an indisputable accounting by the Nov. 20 deadline for officially certifying the election of the nearly 5 million ballots cast in the state.

“If everyone is looking for one single action that will be the silver bullet that overturns the entire election — it’s going to be a process,” he said.

Even if Mr. Trump were to win Georgia, Mr. Biden, who currently has 279 electoral votes, has already won the national election.

Observers from both parties will be present at every step of the recount, Mr. Raffensperger said. To free up the manpower, the state is pushing back local elections, scheduled for December, to coincide with the Senate runoffs.

Mr. Raffensperger’s decision drew the ire of some Georgia Democratic officials. Michael L. Thurmond, the chief executive of DeKalb County, the state’s third-most populous, called the order “stunning” and said that county officials had spent the morning discussing how to come up with the money to conduct a hand recount.

“It’s a total about face from what was said the previous day,” Mr. Thurmond said. “The expectation was there would be a recanvass of the vote, but a hand count is totally different.”

Mr. Raffensperger has been under heavy pressure from Mr. Trump and his allies, who have claimed, without evidence, that Mr. Biden won through massive fraud.

“Anecdotes and stories doesn’t work; we need something we can investigate,” said Mr. Raffensperger, who asked anyone with evidence of fraud to step forward immediately.

State officials, including Mr. Raffensperger, have previously said they saw no preliminary evidence of widespread fraud.

Representative Doug Collins, a Republican who is representing Mr. Trump’s team in Georgia, sent a letter to Mr. Raffensperger on Tuesday requesting a hand recount, a more intensive process than doing a typical recount with a computer scanner.

The move comes days after Ms. Loeffler and Senator David Perdue, Georgia’s two Republican incumbents, called for Mr. Raffensperger’s resignation. He said he had no intention of resigning, and defended the work of his staff at the news conference.

Mr. Raffensperger said the letter had no influence on his decision to authorize the hand recount.