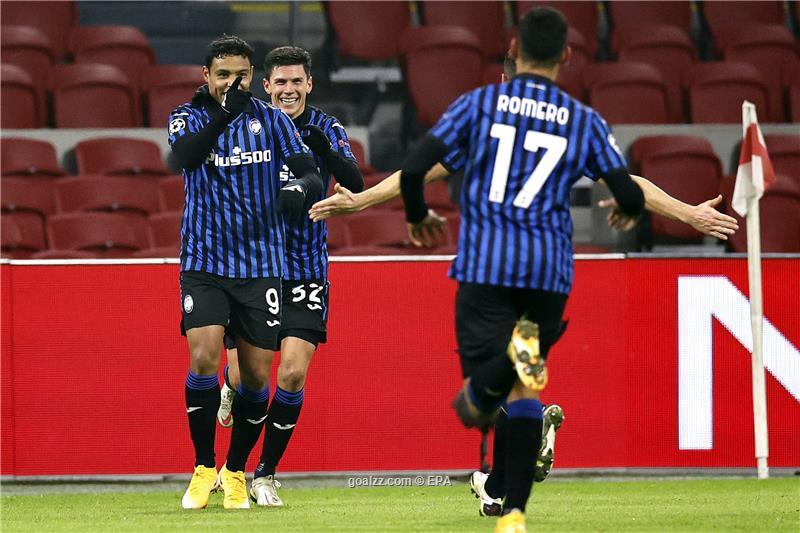 A late goal from Luis Muriel earned Atalanta a 1-0 win at 10-man Ajax Amsterdam on Wednesday and sent the Italian side into the Champions League knockout stages at the expense of their Dutch hosts.

Ajax needed a victory at the Amsterdam Arena to pip their Italian visitors to second place in Group D behind Liverpool.

But the hosts failed to create a decent chance as Atalanta produced an astute performance topped off by a breakaway goal in the 85th minute.

The Italian side finished the group on 11 points, four more than Ajax, who will go into the Europa League. Liverpool were third and Denmark’s Midtjylland bottom.