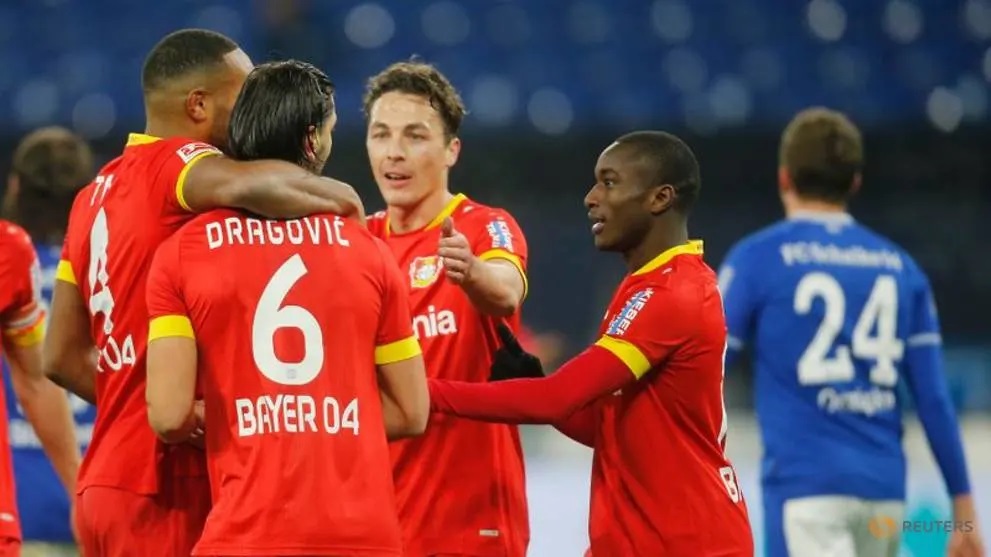 Unbeaten Bayer Leverkusen have quietly crept up the Bundesliga table and a win over Hoffenheim on Sunday could see them challenge for top spot as Peter Bosz’ team deals with a long list of absentees.

With six wins from their last seven Bundesliga games, Leverkusen have enjoyed a solid start to their campaign, but still have to keep plugging numerous gaps with players sidelined with injury or the coronavirus.

To make matters worse central defender Sven Bender, only back from injury last week, will be out again after picking up a knee injury in training on Tuesday.

Leverkusen are already without long-term injured Exequiel Palacios and Charles Aranguiz as well as Santiago Arias and Paulinho.

But the team has thrived as Bosz came up with effective alternatives, including centre back Aleksandar Dragovic who is playing a fine season as a starting defender in the past few weeks.

“There is a mentality emerging. Since the start of the season we are one team on the pitch,” Bosz said. “We do not let ourselves be discouraged by setbacks. You can see that week in week out.”

This is not new for the Dutch coach who this season is without two pillars of the team, with striker Kevin Volland and midfielder Kai Havertz, having left.

Leverkusen have completely absorbed those blows, and are along with VfL Wolfsburg the only unbeaten teams left in the Bundesliga after 10 match days.

It is not winning that is important this season for them as is maintaining order and stability, with the best defence in the league so far and four clean sheets.

In the past Leverkusen often played an exciting brand of football, but it was consistency that was their weakness, earning the nickname ‘Neverkusen’ for failing to win titles after coming repeatedly very close.

Bosz’ team is doing its best this season to shake-off that tag and give the Bundesliga heavyweights a run for their money.