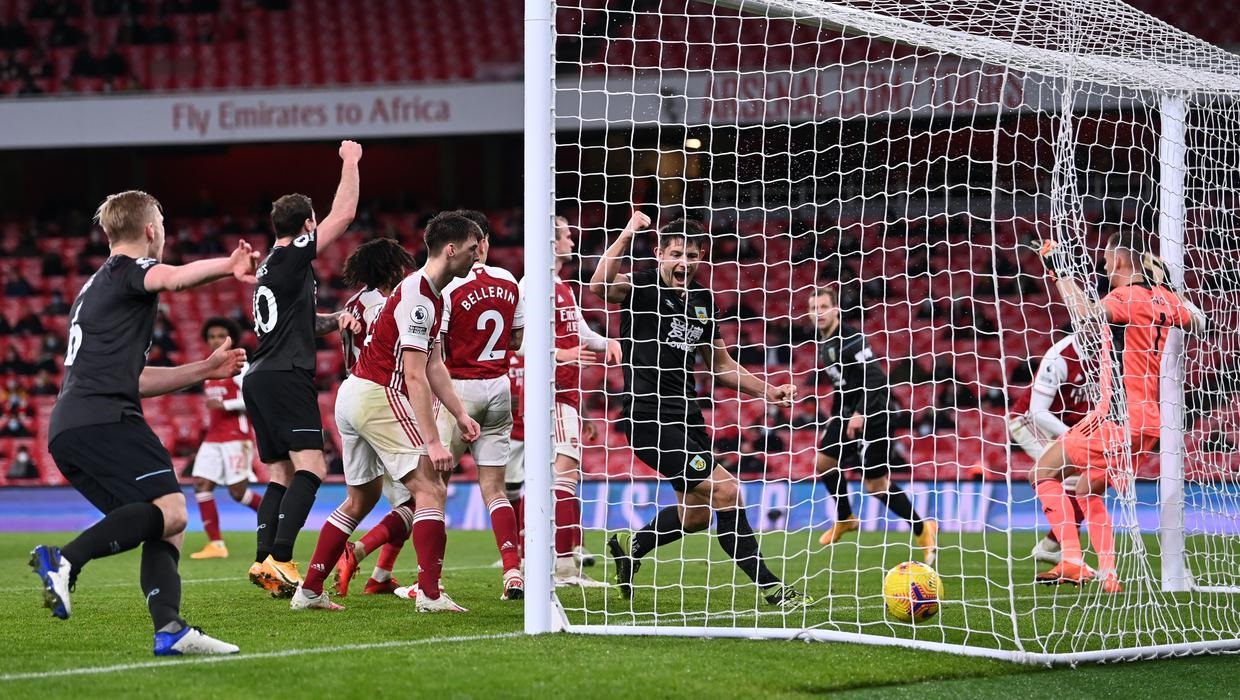 Arsenal’s Premier League troubles intensified as they fell 1-0 at home by lowly Burnley on Sunday with Pierre-Emerick Aubameyang scoring an own goal after Granit Xhaka was sent off.

The Gunners, who have now lost four straight home games, are in 15th place in the standings with 13 points, while Burnley climbed out of the bottom three, moving up to 17th place on nine points after their first away win of the season.

Mikel Arteta’s side were enjoying a spell of strong pressure after the interval, testing Burnley goalkeeper Nick Pope, when Xhaka was sent off after a VAR review spotted him grabbing Burnley’s Ashley Westwood by the throat.

Westwood created the decisive goal when his dangerous in-swinging corner was headed into his own goal by Aubameyang as he rose to challenge Josh Brownhill at the near post.

I’m not scheduled to get COVID-19 vaccine – Trump