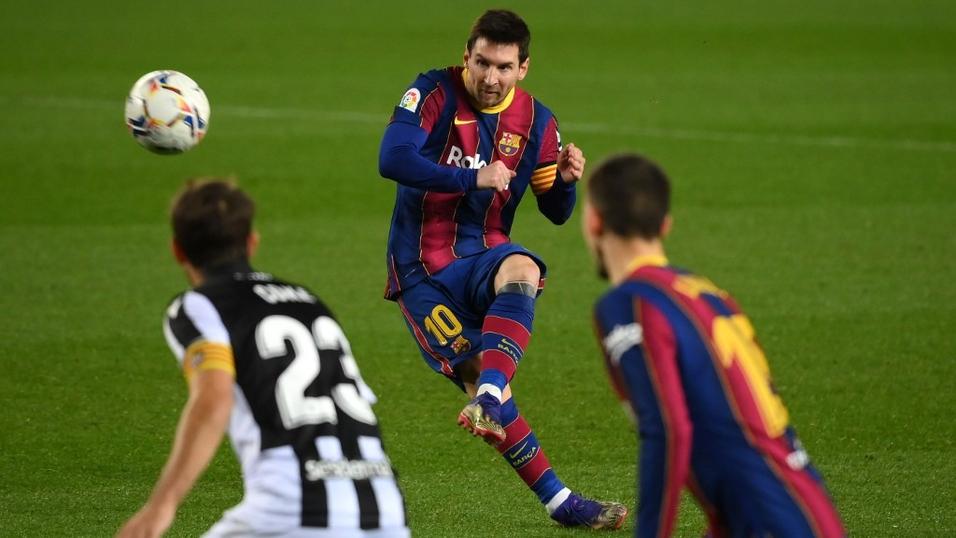 Lionel Messi dragged a nervous FC Barcelona to a 1-0 win at home to Levante in La Liga on Sunday to cool tensions after a chaotic week at the Catalan club.

FC Barcelona dominated the game but failed to keep their composure in front of goal until Messi latched on to a through ball from Frenkie de Jong and thumped it in off the far post in the 76th minute.

The Argentine punched the air more in relief than celebration, having fired blanks in Barca’s recent painful defeats by Cadiz and Juventus.

FC Barcelona were still made to sweat to gain all three points, surviving a late VAR review for a possible handball against Samuel Umtiti plus a last-gasp volley from Levante player Son which landed in the hands of keeper Marc-Andre ter Stegen.

The win lifted FC Barcelona up to eighth place in the standings on 17 points after 11 games, closing the gap with leaders Real Sociedad and second-placed Atletico Madrid to nine points.

“We always find it hard against Levante as they work so hard, they have a deep squad but we played well, we were better defensively than in recent weeks and we created many chances,” said FC Barcelona left back Jordi Alba.

“Luckily, we were able to take one of them and got the three points. You have to give credit to the team as every player stood tall today.”

Levante often prove a handful to FC Barcelona when playing at home in Valencia but they have never taken a point off the Catalans at the Camp Nou.

They came mightily close to doing so, however, as FC Barcelona struggled to cope with their opponents’ defensive tactics, repeatedly interrupting the home side’s play with their compact banks of four defenders and midfielders.

When FC Barcelona did manage to come up against Levante keeper Aitor Fernandez they tended to shoot straight at him or miss the target, such as when Clement Lenglet somehow squandered an open goal in the first half.

Messi also looked to be lacking sharpness, slicing a shot hopelessly wide in the opening period and needing 12 shots to find the net once and win the match.

Juventus grind out win at Genoa with Ronaldo penalty kicks

Aubameyang scores own goal as struggling Arsenal lose to Burnley