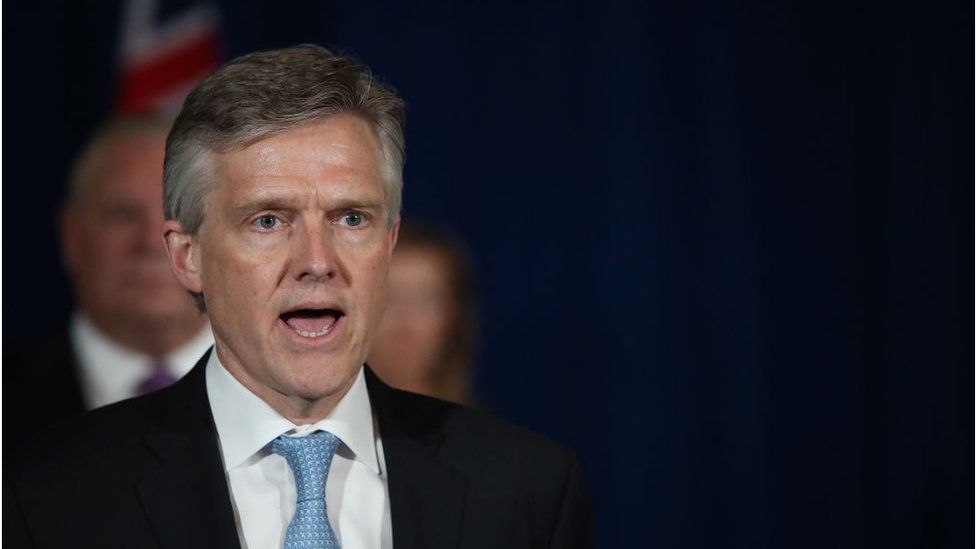 Mr Doug Ford, Ontario Premier has announced the resignation of his finance minister who took a trip to the Caribbean while the province remained under lockdown.

Mr Ford on Thursday said Mr Phillips’ departure showed his government “takes seriously our obligation to hold ourselves to a higher standard”.

Mr Phillips, who is a member of the Progressive Conservative Party, had taken a personal trip to St Barts on 13 December and returned on Thursday morning.

Ahead of the holiday season, Ontario health officials had urged residents to stay at home when possible amid an ongoing rise in Covid-19 cases.

Mr Phillips told reporters when he arrived at Toronto Pearson Airport he hoped to keep his job, but would respect the premier’s decision.

“Obviously, I made a significant error in judgment, and I will be accountable for that,” Mr Phillips said. “I do not make any excuses for the fact that I travelled when we shouldn’t have travelled.”

Later on Thursday, Mr Ford said in a statement he had accepted Mr Phillips’ resignation following a conversation with him. Mr Ford has asked Peter Bethlenfalvy, currently president of the treasury board, to step into the finance minister role.

On Wednesday, Mr Ford had said he learned of Mr Phillips travel two weeks ago, but said the minister “never told anyone” he was going to St Barts, according to CBC.

Ontario’s New Democratic Party leader Andrea Horwath on Wednesday had pushed for Mr Phillip’s firing, saying it was unacceptable for him to “ignore public health advice” while the government “demands sacrifice from everyday Ontarians”.

“It’s not believable that a senior member of cabinet didn’t tell the premier’s office he was leaving the country for weeks during the height of a global emergency,” she said in a statement. “If he didn’t, that in itself would be enough reason to demote him.”