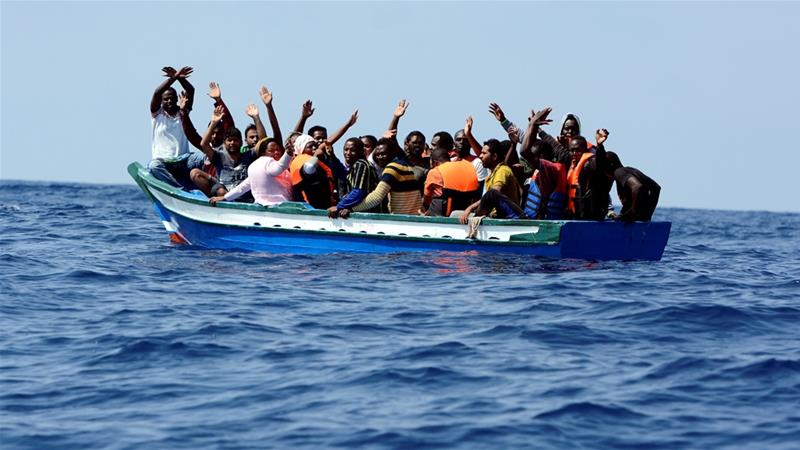 The Libyan navy said on Monday that it rescued 82 illegal immigrants off the coast of Khoms city, some 120 km east of the capital Tripoli.

The Libyan navy disclosed this in a statement.

“A rubber boat was successfully rescued with 82 migrants on board off the coast of Khoms city after a distress call was received by the Libyan Search and Rescue team,” the navy said.

The rescued migrants, including eight women and 39 children, were taken to Tripoli’s naval base, provided with humanitarian and medical assistance, and handed over to the anti-illegal immigration department, the statement noted.

The International Organisation for Migration (IOM), however, has repeatedly said Libya is not a safe port for disembarkation of rescued migrants.

Libya has been mired in chaos since the ouster and killing of its former leader Muammar Gaddafi in 2011, making the North African country a preferred point of departure for illegal immigrants who intend to cross the Mediterranean Sea toward Europe.

Thousands of illegal immigrants, who were either rescued at sea or arrested by the authorities, remain detained in overcrowded detention centers in Libya, despite repeated international calls to close them.