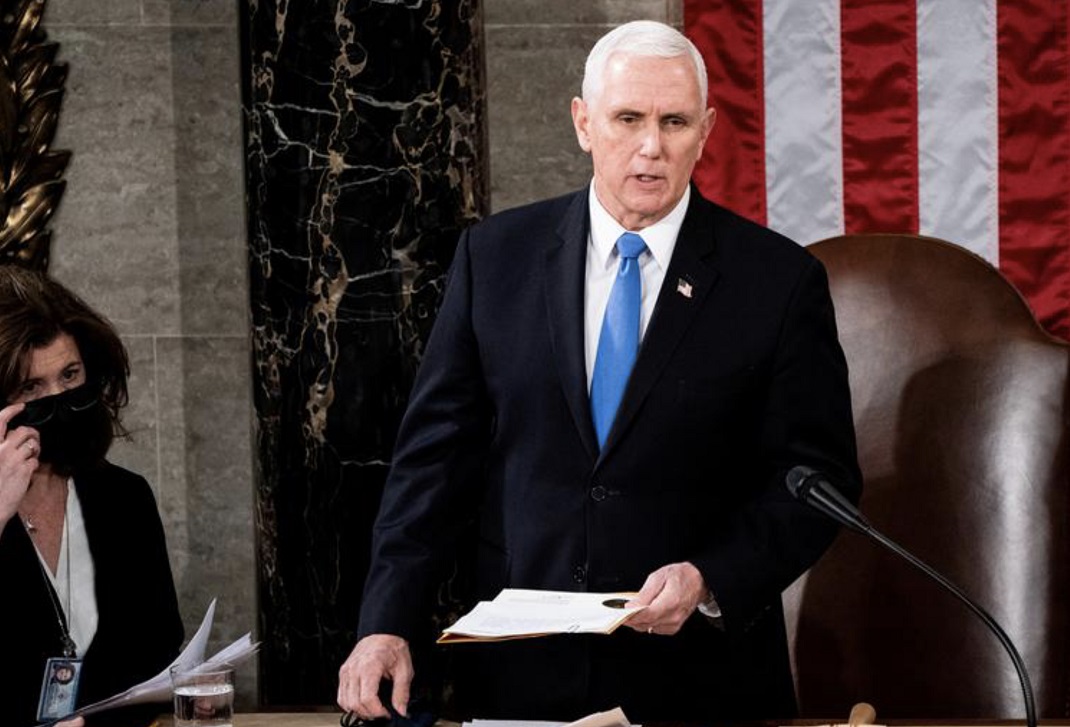 Vice-President Mike Pence has condemned pro-supporters of President Donald Trump who stormed the legislative chamber to destroy State property which led to the death of a woman earlier today.

While addressing the Senate after the tension had calmed down, Vice-President Mike Pence says, “Today was a dark day in the United States Capitol.”

Mr. Pence also said, “To those who wreaked havoc in our Capitol today, you did not win.

“Violence never wins. Freedom wins and this is still the People’s house. As we reconvene in this chamber, the world will again witness the resilience and strength of our democracy for even in the wake of unprecedented violence and vandalism.

“The elected representatives of the people of the United States have assembled again.”

“And now we will finish the People’s business.”

Pence wraps up his address to a chorus of applause.

However, Vice-President Pence’s spokesman said earlier that Pence “never left the Capitol” during the attack.

The vice-president, who presides over the Senate, was in “regular contact” with Congressional leadership, police, and the departments of justice and defence to secure the Capitol and reconvene Congress.