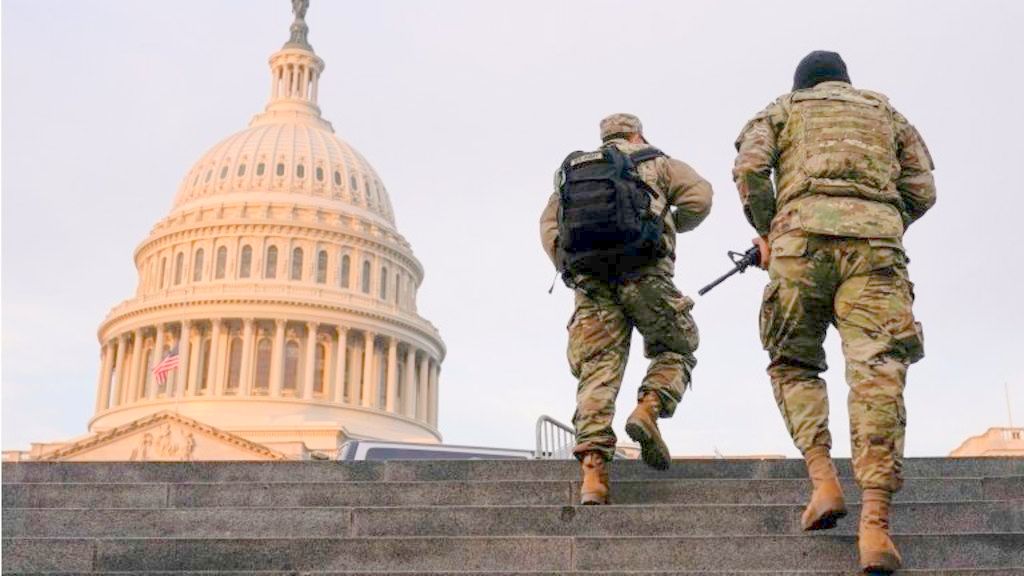 All 50 US states and the District of Columbia (DC) are on alert for possible violent protests this weekend, ahead of President-elect Joe Biden’s inauguration on Wednesday.

National Guard troops from across the country are being sent to Washington DC, to discourage any repeat of the deadly riot that unfolded on 6 January.

The FBI has warned of possible armed marches by pro-Trump demonstrators at all 50 state capitols.

The National Mall in DC has been shut.

Barricades are lining the streets of the capital amid tightened security.

The Biden team had already urged Americans to avoid travelling to the capital because of the Covid-19 pandemic, and local officials said people should watch the inauguration remotely.

Sunday is expected to be a particular focus for protests, after posts on pro-Trump and far-right online networks called for armed demonstrations on 17 January, and a march in Washington DC on inauguration day itself.

Some militias have told their followers not to attend, citing heavy security or claiming the planned events are police traps.

It follows a week in which Donald Trump became the first US president to be impeached twice. He now faces a Senate trial, on a charge of “incitement of insurrection” linked to the storming of the US Capitol by groups of his supporters on 6 January.

States across the country are taking precautionary measures, from boarding up capitol windows to refusing to grant permits for rallies.

The governors of Maryland, New Mexico and Utah have all declared states of emergency ahead of possible protests.

California, Pennsylvania, Michigan, Virginia, Washington and Wisconsin are among those activating their National Guards, and Texas will shut its state capitol from Saturday until after inauguration day.

According to the director of the Texas Department of Public Safety, intelligence suggested “violent extremists” could infiltrate planned protests there to “conduct criminal acts”.

Virginia’s Governor Ralph Northam told a news conference on Thursday: “If you’re planning to come here or up to Washington with ill intent in your heart, you need to turn around right now and go home. You are not welcome here, and you’re not welcome in our nation’s capital. And if you come here and act out, Virginia will be ready.”

Analysts believe states that saw especially hostile or protracted election battles are at most risk of violence. One of them, Michigan, has erected a six-foot fence around its capitol in Lansing.

“We are prepared for the worst, but we remain hopeful that those who choose to demonstrate at our capitol do so peacefully,” the state’s Police Director Joe Gasper said on Friday. The building will have an increased police presence until at least mid-February, he added.