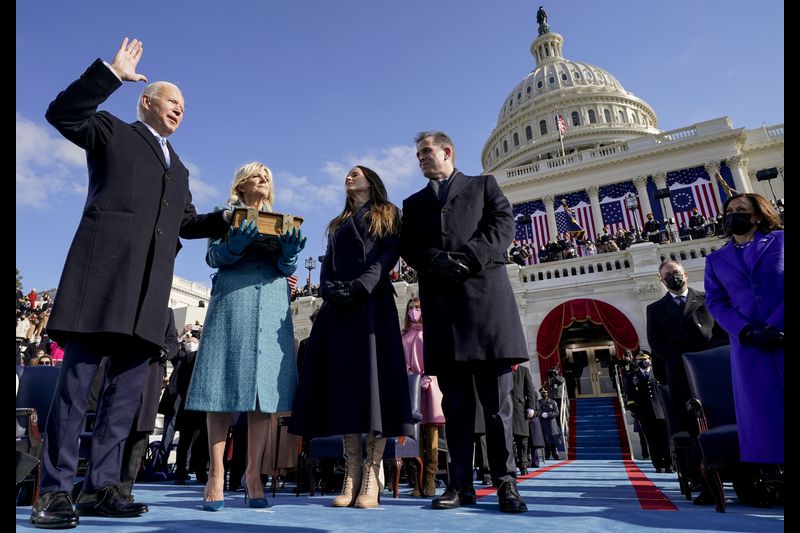 Joe Biden became the 46th president of the United States on Wednesday, declaring that “democracy has prevailed” as he took the helm of a deeply divided nation and inherited a confluence of crises arguably greater than any faced by his predecessors.

Biden, sworn in at 11:49 a.m. ET, used a 21-minute inaugural address to call for American unity and offer an optimistic message that Americans can get through dark moments by working together. The ceremonies were scaled back due to the coronavirus pandemic, with heightened security measures arising from the Capitol riot exactly two weeks ago.

“Through a crucible for the ages, America has been tested anew, and America has risen to the challenge,” Biden said early in his address. “Today we celebrate the triumph not of a candidate but of a cause: the cause of democracy.”

Biden pivoted to the challenges ahead, acknowledging the surging virus that has claimed more than 400,000 lives in the United States and become a polarized issue unlike in most other countries. Biden looked out over a capital city dotted with empty storefronts that attest to the pandemic’s deep economic toll and where summer protests laid bare the nation’s renewed reckoning on racial injustice.

“Those 400,000 fellow Americans — moms, dads, husbands, wives, sons, daughters, friends, neighbours and co-workers — we’ll honour them by becoming the people and nation we know we can and should be,” said Biden.

Biden called on Americans to overcome divisions, declaring that “without unity, there is no peace.”
“We must end this uncivil war that pits red versus blue, rural versus urban, conservative versus liberal,” he said.