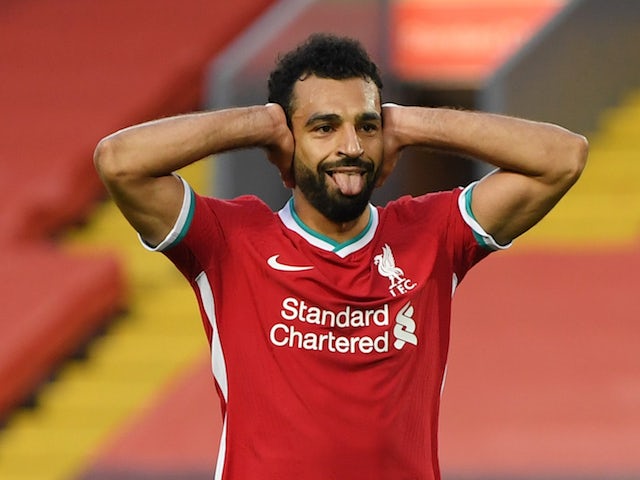 Liverpool jumped to third in the 2020/2021 English Premier League (EPL) on Sunday after Mohamed Salah scored twice in a 3-1 win at West Ham United.

The Premier League champions are now four points behind leaders Manchester City and one away from second-placed Manchester United with a tally of 40 points.

At the bottom end, 17th-placed Brighton & Hove Albion moved seven points clear of the relegation zone with a shock 1-0 victory over Tottenham Hotspur.

And Chelsea completed the first win of Thomas Tuchel’s tenure as manager with a 2-0 win over Burnley at Stamford Bridge.

Liverpool ended a run of five games without a win on Thursday after defeating Tottenham 3-1, but it came at a cost by losing German defender Joel Matip and winger Sadio Mane to injury.

Juergen Klopp confirmed before his team arrived in London that Mane’s muscle strain was “not serious but serious enough to miss this game.”

It was another name on an extensive injury list for the Reds.

They are already without a recognised central defender with the long-term absences of Virgil van Dijk and Joe Gomez plus the latest knocks to Matip and Fabinho.

After an uneventful first half, Curtis Jones made an instant impact off the bench in the 57th minute when he played Salah through to break the deadlock with an expertly curled finish.

“These boys are a really good group. They’re not happy at not being successful, not winning, but they always have the right attitude,” said Klopp.

“We didn’t create enough in the first half. We made little adjustments at half-time and it paid off. We scored three unbelievable goals.”

Liverpool’s climb up the table was possible after Leicester City were undone by an outstanding performance from Bamford.

Harvey Barnes struck in the 13th minute to give the hosts a short-lived lead before Stuart Dallas burst through to restore parity for Leeds United on their next attack.

There were two more goals before the break from Leicester City’s Ayoze Perez and a header from Leeds United frontman Bamford, but both were disallowed for offside.

Bamford delivered a moment of brilliance on the 70th minute when he unleashed a spectacular strike into the roof of the net before setting up Jack Harrison to finish the third goal.

German manager Tuchel took over from the sacked former Blues midfielder Frank Lampard on Tuesday after signing an 18-month contract.

He oversaw an uneventful 0-0 draw against Wolverhampton Wanderers on Wednesday but was delighted when his new team claimed victory under his guidance for the first time.