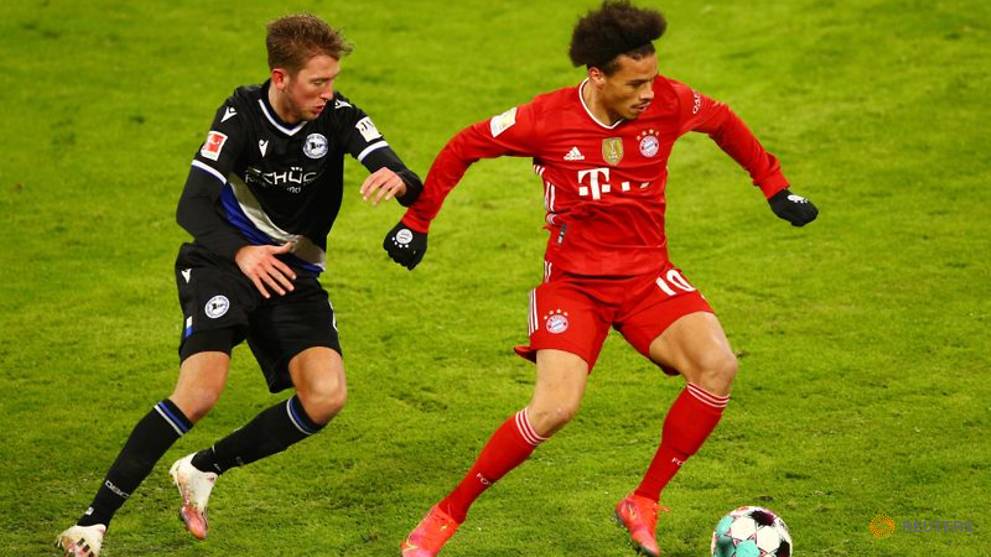 Hosts Bayern Munich had to battle back from two goals down to rescue a 3-3 draw against strugglers Arminia Bielefeld on Monday and had their lead at the top of the Bundesliga cut to five points.

Four days after lifting the Club World Cup for a sixth title in less than nine months, Bayern crashed back to Bundesliga reality with Arminia racing to a 2-0 lead in the first half.

The visitors stunned Bayern with a goal in the ninth minute when Michel Vlap latched onto a pass, pivoted and beat keeper Manuel Neuer with a well-placed shot.

Bielefeld doubled their advantage in the 37th with unmarked Amos Pieper’s powerful header from a corner and Bayern struggling in heavy snowfall.

Bayern, who had won eight of their nine previous league games, shot out of the blocks after the restart.

Leroy Sane hit the post before Robert Lewandowski, with his back to the goal, turned quickly and volleyed in his 25th goal of the campaign in the 48th minute.

With former Bayern President Uli Hoeness still celebrating in the stands, Bielefeld restored their two-goal lead the very next minute.

Winger Christian Gebauer tapped in a cutback with Bayern’s defence caught out in the quick break.

Corentin Tolisso’s header again cut the deficit and Alphonso Davies thundered in a shot in the 69th minute to draw them level.