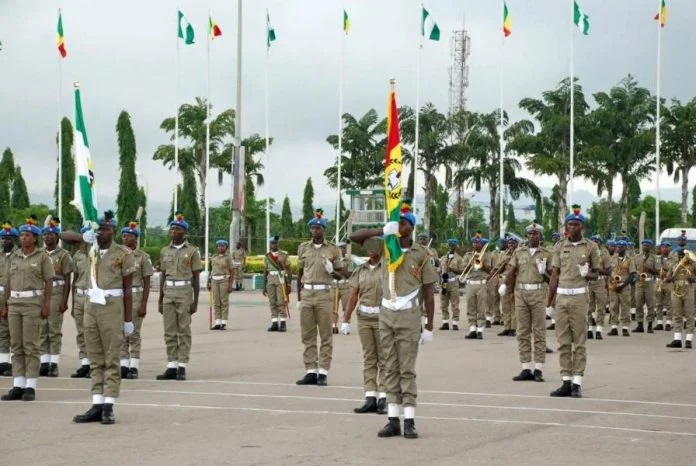 The Global Integrity Crusade Network (GICN), a Civil Society Organisation (CSO), has appealed to the National Assembly to hasten the passage of the Nigeria Peace Corps (NPC) Bill.

The GICN President, Mr Edward Omaga, said this in a statement on Tuesday in Abuja.

He said the passage of the bill was necessary in the wake of school kidnappings and other security challenges in the country.

Omaga said that the police and other security agencies whose constitutional roles were to provide security for lives and property had been overstretched.

“Therefore, it is with this in mind that GICN is of the view that there can be no better time than now for the National Assembly to pass the NPC Bill presently pending before the two chambers.

“Upon its passage, it is our expectation that President Muhammadu Buhari will do well to assent to the bill.

“This will go a long way to complement the efforts of other existing security agencies for better results.

“All over the world, security is evolving as the society evolves and this throws up a lot of security challenges, especially with the alarming unemployment.

“The high rate of poverty in the land has also complicated the security situation in our country and something drastic must be done,’’ he said.

Omaga said that the core objective of the reintroduced bill which has scaled first and second readings at the Senate was to develop, empower and provide gainful employment for youths.

Omaga said that similar corps were operating in many countries and recognised in view of their fundamental role in societal harmony and peaceful co-existence.

He said that the benefits that would be derived from the establishment of the corps in Nigeria as a federal security outfit were enormous.

Omaga faulted claims making the corps a statutory agency in Nigeria would be an additional burden on the government.

He said that there was no doubt that the corps would fill a large vacuum considering that it will provide a source of livelihood through the volunteer services to thousands of youths.

“As a voluntary organisation, with headquarters in Abuja and commands in all the 36 states and over 180,000 volunteers, the organisation has continue to render security services.

“These services are to schools, shopping malls and other facilities in the Federal Capital Territory and other parts of the country like Kaduna and Oyo States.

“Kaduna alone is reported to have over 9000 registered peace corps members who have continued to carry out security duties such as crowd and traffic control,” he said.

PDP must remain strong, united to reclaim power in 2023 — Okowa