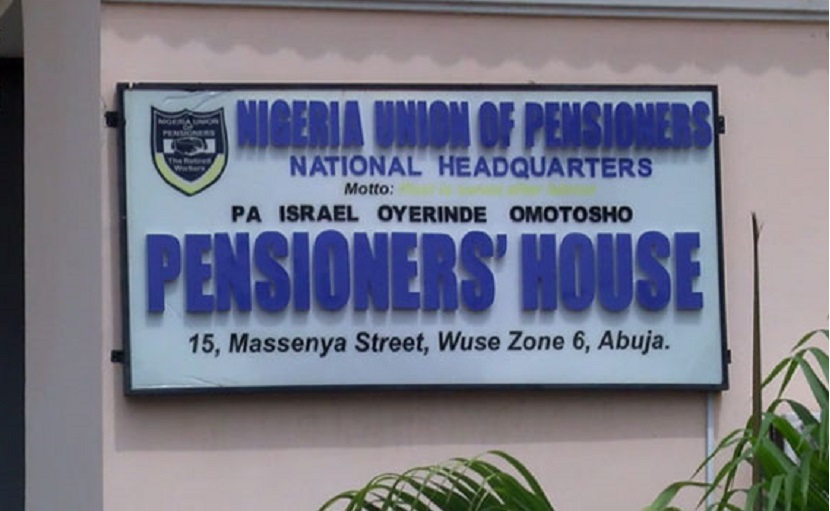 The Nigeria Union Of Pensioners (NUP) have threatened to embark on a nationwide protest giving the Federal Government a 21-day ultimatum.

The pensioners during a briefing at the nation’s capital, Abuja called on the Federal Government to implement the Consequential adjustment of pensions, arising from the implementation of the National minimum wage for Nigerian workers; hence they will occupy streets in protest.

The National President of the Nigeria Union of Pensioners, Abel Afolayan said it is disheartening that after two years of implementing the national minimum wage, the Federal Government is yet to approve their demands as stipulated in the constitution.

Quoting from the 1999 constitution with respect to sections 173(3) and 210 (3) as it affects the 5 -yearly review of pension, Afolayan said they should be a review or together with the salary reviews of workers.

NUP President, Abel Afolayan and members of the union during a media briefing in Abuja on Friday…

The pensioners said further that two years after the adjustment of salaries and the implementation of the N30,000 national minimum wage as approved by the Government, they are still waiting for the approval of their own consequential adjustment of monthly pensions, in compliance with the above constitutional stipulation, even after several efforts by the national leadership of the union.

It will be recalled that retired soldiers earlier in January occupied the Federal Ministry of Finance, Abuja, over the non-payment of their pension arrears.

The ex-servicemen appealed to the Federal Government to approve the payment of minimum wage arrears accruing to them between 2019 till date.

They also demanded a stop on all deductions on the pension of all retired medical officers as well as the inclusion of officers who fought during the civil war on the military pension scheme.