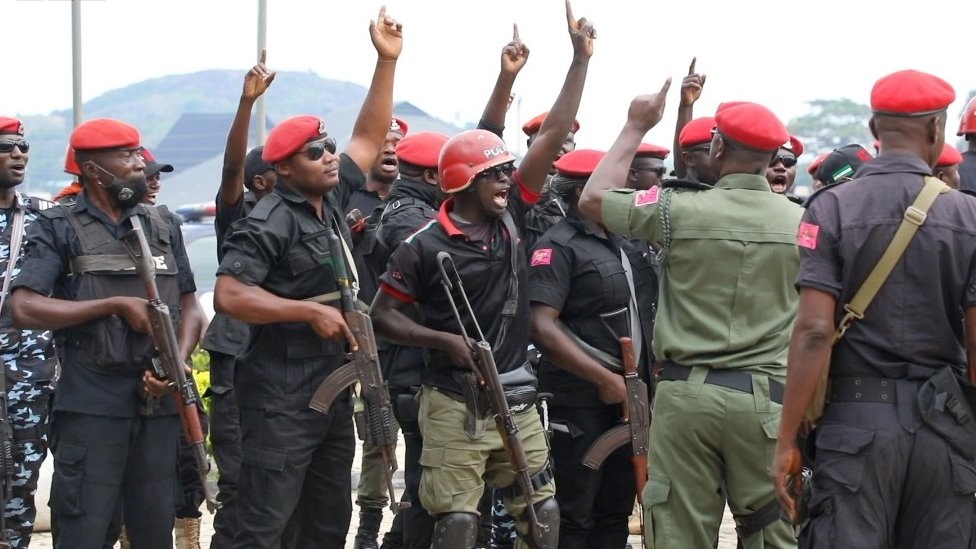 The Lagos State Commissioner of Police, Mr Hakeem Odumosu, Wednesday ordered immediate deployment of more police operatives to the correctional centres in the state to forestall any form of attack.

The spokesman of the command, CSP Olumuyinwa Adejobi, stated this in a statement he released to newsmen on Wednesday.

Adejobi said that the decision for the deploy men was reached after the Lagos police boss met with the Controller of Correctional Service in Lagos State, Mr Francis Adebisi, in his Ikeja office.

According to Adejobi, the Commissioner of Police promised the Controller that the police command would sustain the deployment of police mobile men to the various correctional centres in the state.

He also promised to partner with the Correctional Service and other stakeholders to improve the Criminal Justice System in Lagos State, Adejobi said in the statement.

The statement also quoted the Controller of Correctional Service, Mr Francis Adebisi, to have commended the efforts of the Commissioner of Police for providing adequate security for the residents of the state.

He also commended him for promoting sustainable synergy among the security agencies in the state.

The Lagos police boss met with the Controller of Correctional Centres in Lagos a day after some gunmen attacked the Police Command Headquarters and the correctional centre, all in Owerri.

Inmates numbering 1,844 escaped following the attack on the correctional centre while properties at the centre were set ablaze.