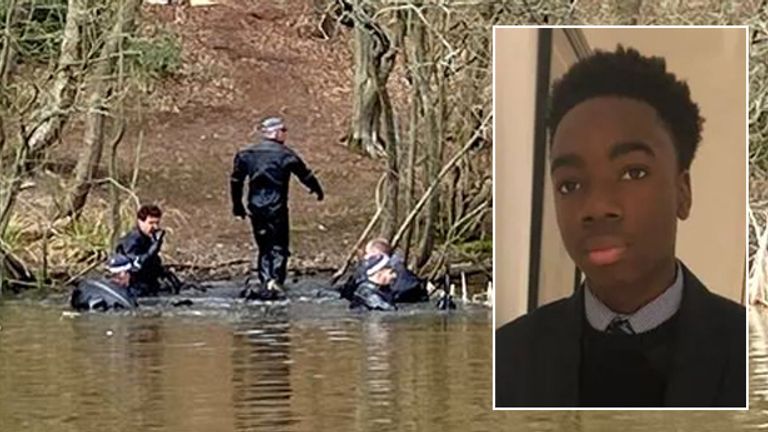 The body found on Monday in the search for missing 19-year-old Nigerian student Richard Okorogheye has been formally identified as his, says UK Metropolitan Police.

Richard Okorogheye, who was a student of Oxford Brookes, was reported missing on March 24, 2021.

“Our deepest sympathies are with Richard’s family at this incredibly difficult time,” UK’s Metropolitan Police said in a tweet confirming the tragic news on Wednesday.

“They continue to be supported by specialist officers.”

The body had been found in a pond in Epping Forest on Monday afternoon, 12 days after Okorogheye, who attends Oxford Brookes, was reported missing.

Okorogheye left his family home on the evening of March 22 in Ladbroke Grove, West London and was reported missing two days later, police have said.

Late Richard Okorogheye and his mother…

Investigations revealed that he took a taxi to Loughton, more than 22 kilometres from where he lives.

Before his disappearance, Okorogheye who lives with sickle cell disease had been shielding, meaning he was not expected to leave home and minimise face-to-face contact for health reasons.

UPDATE: A formal identification has confirmed that a body found in #EppingForest is that of Richard Okorogheye.

Our deepest sympathies are with Richard’s family at this incredibly difficult time. They continue to be supported by specialist officers. https://t.co/IPZVOW4wGr

Recently, Okorogheye’s father, Christian, during a television interview described him as a tall and strong teenager who enjoys talking to his friend.

His father blamed his disappearance on depression following the lockdown and long stay at home.

“He is a tall strong man; he enjoys talking to his friends,” he said. “At a point, he got cut off from his friends. Somehow, it happened that he met some people who we were not 100% sure about.

“It has been very devastating. I don’t know how to describe it but it is serious. All we want to do now is how to get him back and tell us his story.

“Richard has been on some kind of setting at home and I think that got him depressed in some ways. When you keep someone at home for like one month plus, and with all these things happening, it added to it. I think he got really fed up with the whole thing.”