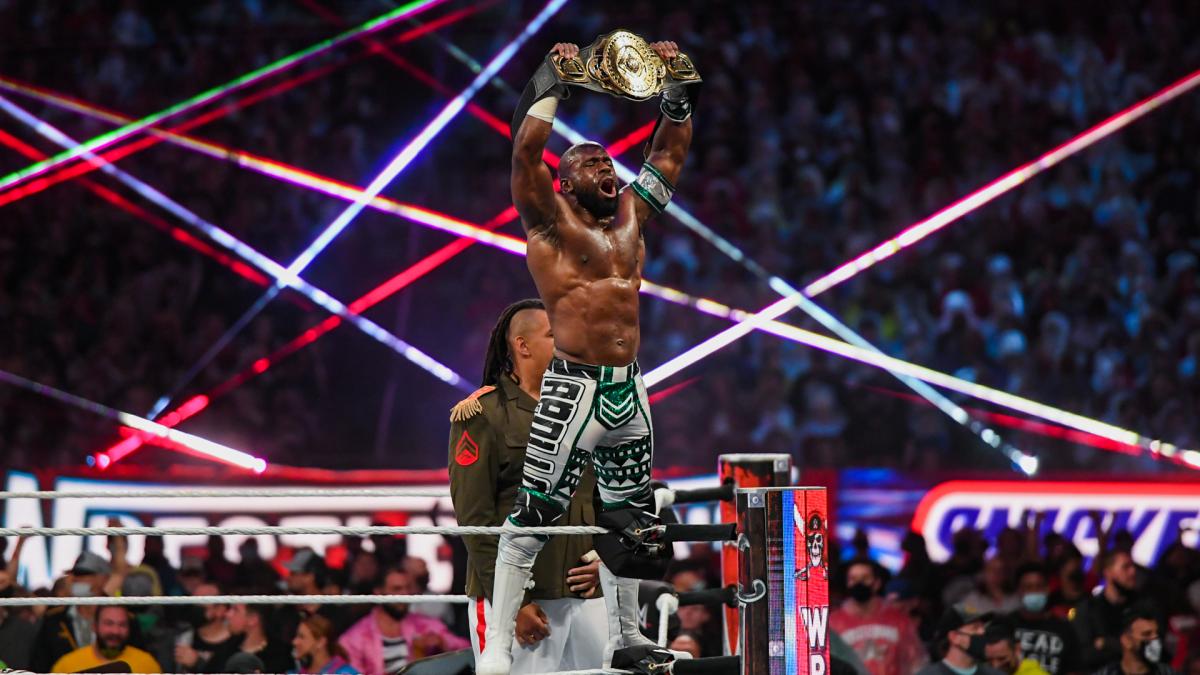 Crews defeated Big E in a first-ever Nigerian Drum Fight even when it looks like he would be on the losing match adjudged to be a street fight.

The Nigerian superstar although had dropped some steel stairs on top of Big E; luckily, Big E was able to move out of the way, before finally getting some revenge.

Meanwhile, things looked unpredictable towards the end until Apollo Crews missed a Frog splash, crashing through a table. This allowed Big E to take advantage, as he hit the challenger with his finisher, the Big Ending. Unfortunately for Big E, Crews had an ally waiting on the sidelines.

Crews with his ally…

Now that Apollo Crews is the new WWE Intercontinental Champion, it’s safe to say that the Superstar descended from “Nigerian royalty” will have a colossal target on his back. This goes far beyond Big E, too, though it’s fair to assume that the former titleholder will be among the first in line.

One may consider Shinsuke Nakamura as a potential challenger, not only due to his own run-ins with Crews but the fact that he was one of the final two men in the Andre the Giant Memorial Battle Royal on the WrestleMania edition of SmackDown; this match would go on to be won by Jey Uso, who may throw down his own challenge in the future.

These are just a few possibilities that the new champion is likely to contend with. However, with a new heavy by his side, Apollo Crews may have the edge.