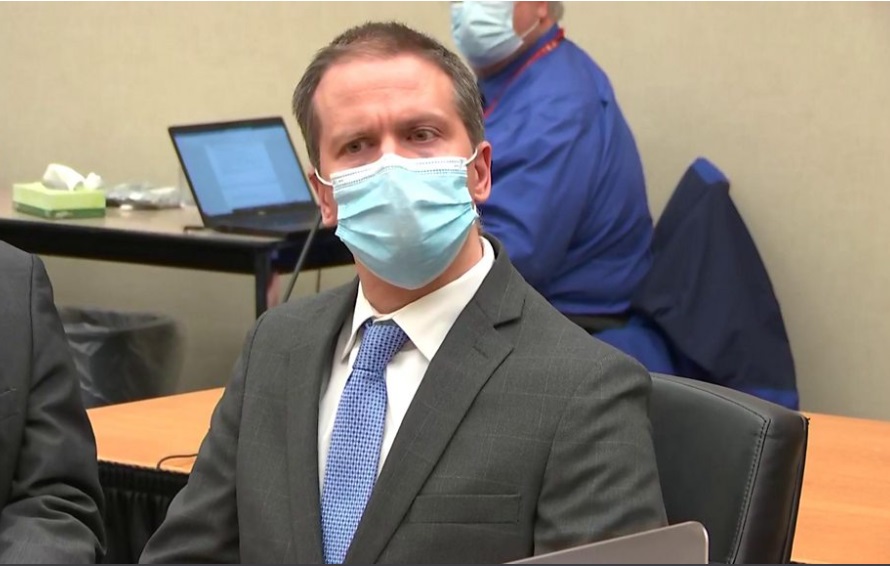 A jury on Tuesday found a former police officer guilty of murder over the death of African-American George Floyd on a Minneapolis street last year.

Derek Chauvin, 45, was filmed kneeling on Floyd’s neck for more than nine minutes during his arrest last in May 2020.

The widely watched footage sparked worldwide protests against racism and excessive use of force by police.

He will remain in custody until he is sentenced and could spend decades in jail.

The 12-member jury took less than a day to reach their verdict, which followed a highly charged, three-week trial that left Minneapolis on edge.

Derek Chauvin was led away in handcuffs following the verdict…

After both sides presented closing arguments on Monday, the jury was isolated in a hotel with no outside contact so they could deliberate on a verdict, a process known as sequestration.

Jurors had to agree unanimously and were told they could not return home until they had made their decision.

The verdict prompted celebratory scenes outside the court, where several hundred people cheered as it was announced.

The Floyd family’s lawyer, Ben Crump, said it marked a “turning point in history” for the United States.

“Painfully earned justice has finally arrived,” he tweeted. [It] sends a clear message on the need for accountability of law enforcement.”

The 46-year-old bought a pack of cigarettes at a convenience store in South Minneapolis on the evening of 25 May 2020.

A shop assistant believed he had used a counterfeit $20 bill and called the police after Mr Floyd refused to give the cigarettes back.

When police arrived, they ordered Mr Floyd out of his parked car and handcuffed him. A struggle ensued when officers tried to put a screaming Mr Floyd in their squad car. They wrestled him to the ground and pinned him under their weight.