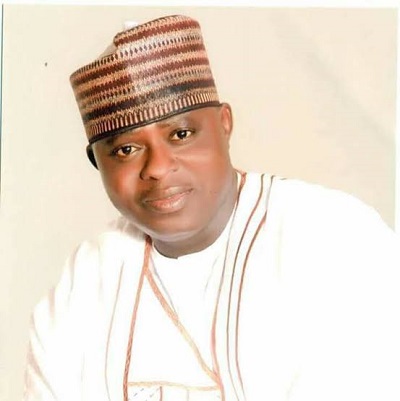 Akwashiki, a former Majority Leader and Deputy Speaker of the Nasarawa State House of assembly, said this when he fielded questions from newsmen at his residence on Friday in Lafia

He noted that finance was a major challenge facing state legislatures across the country.

According to Akwashiki, sometimes legislators are constrained from baring their mind on important issues affecting their states for fear of the unknown since they are not fully Independent.

He said granting financial autonomy to the state assembly would go a long way in strengthening the democratic system in the country and enhance performance of its institutions.

“Let the state Houses of Assembly be independent and let them have financial autonomy and just like the National Assembly.

“You cannot have an assertive, productive assembly without financial autonomy as it will enhance good governance and strengthen democracy in the country,” he said.

The federal Lawmaker rated Nasarawa State House of Assembly high in performance, saying that it is one of the state assemblies being looked upon as an example in both stability, oversight and law-making.

Akwashiki, therefore, called on them to sustain the spirit of peace, unity and performance in their service to the state.

He lauded the good working relationship between the state assembly and the executive arm of the government and called for its sustenance to enhance peace and speedy development of the state.

“As a legislator, you cannot have development in your constituency without the cooperation of the executive. You must work together as partners in progress,” Akwashiki added

He commended the efforts of Gov. Abdullahi Sule, stressing that the governor is doing credibly well in ensuring peace, development and security of the people.

Akwashiki further called on citizens of the state to give him their maximum support to enable him succeed.

The senator assured his people of more democracy dividends and called for their support through their prayers and understanding.