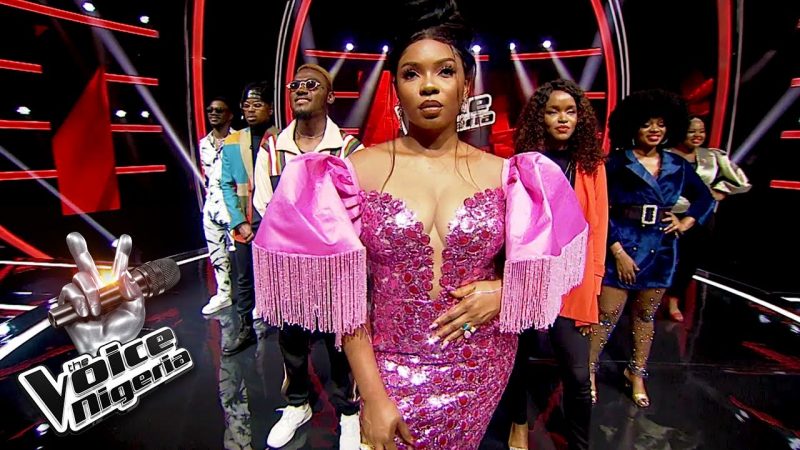 Singer Yemi Alade “stole” contestant Anu Akinlagun, who was previously mentored by Waje, just as the music show, The Voice Nigeria Season 3 gets halfway through the knockout stage.

The performances are getting more intense while the coaches are also on the lookout to “steal” exceptional talents from one another.

Anu, who was the final talent to perform, delivered a sensational performance of ‘God Is A Woman’ by Ariana Grande on Saturday.

Although she was lauded for her performance by the coaches, at the end of her performance, a decision had to be made on who will move to the next stage between her and Inioluwa.

Earlier, Inioluwa gave a moving performance but was told he had to wait till the end of the next performance to know his fate.

Torn between Inioluwa and Anu, Waje picked the former to proceed to the battles.

Almost immediately, Waje made her decision, Yemi Alade hit her buzzer to steal Anu to her team.

KPee gave a sound performance of ‘Risky’ by Davido with his own personal twist.

He was saved by the bell when two other coaches Darey Art Alade and Waje immediately hit their buzzers to steal him for their teams.

For the third season of ‘The Voice Nigeria’, sponsored by First Bank, Airtel and Baba Ijebu, the winning talent will go home with a monetary reward, a brand-new car, and an international recording contract.