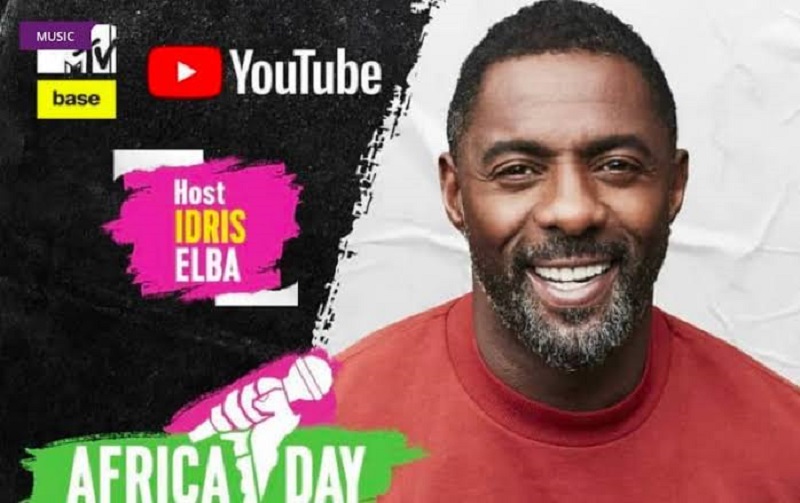 The event, hosted by YouTube, MTV Base and Idris Elba on Africa Day, May 25, is a pan-African event with artistes performing on multiple stages from Lagos to Johannesburg

Alex Okosi, the Managing Director of Youtube’s Emerging Markets in Europe, Middle East and Africa, in a statement said that the Africa Day Concert is an important tribute to Africa.

“YouTube is excited to have the next wave of African artistes perform as we celebrate the 58th anniversary of this auspicious day.

“YouTube is committed to the continuous showcase of the power of African talent and creativity to the world.”

Also, Monde Twala, Senior Vice President and General Manager at ViacomCBS Networks Africa, said that the organisation was thrilled to have some of Africa’s most notable stars, celebrating Africa’s next global wave of talent.

Twala said that the Africa Day Concert 2021 would be a spectacular display of African excellence fitting of this year’s anniversary which also reflects current youth culture and energy.

According to him, viewers can expect a unique content experience that will be innovative, informative and entertaining.

Artistes including Mr P (Nigeria), Mark Angel (Nigeria) and Ckay (Nigeria) are among those expected to perform at the event.

“The concert will also shine a spotlight on some of the most dynamic, emerging artists from all over Africa.

“These talented young African artists are on the cusp of immense success and for the first time, they will perform on a global stage.