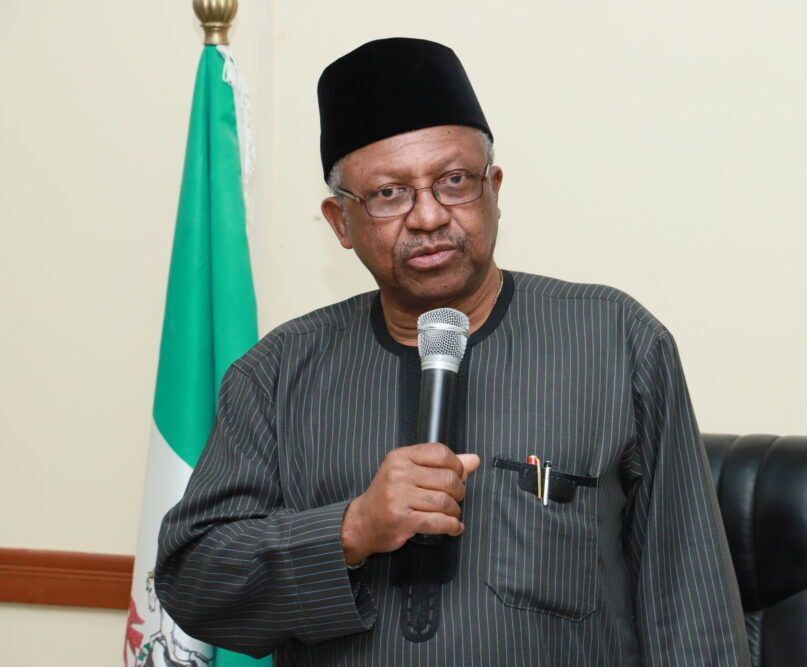 The Minister of Health, Dr Osagie Ehanire, has recognised some voluntary blood donors for their consistency and timely donations to the blood bank of the National Blood Transfusion Service (NBTS).

Ehanire made the recognition on Monday, in Abuja, at a news conference in commemoration of the 2021 World Blood Donor Day.

It was reported that World Blood Donor Day set aside to raise global awareness on the need for safe blood and blood products for transfusion, is celebrated annually on June 14.

In addition, it is also aimed at recognising the contributions of voluntary, unpaid blood donors to national health systems.

The minister, represented by Dr Ngozi Onwudigwe, Director, Hospital Services in the ministry, described blood donation as the live wire of mankind, and that the personal commitment of donors had helped to save lives and improve the health of others.

Those recognised at the NBTS, Federal Capital Territory Zone, include Mr Nathan Akpan, who donated blood 67 times, and a lawyer, Ms Hajara Isa, who was recognised for donating blood 32 times.

“Despite the COVID-19 pandemic, which is still ravaging the world and the consequent restrictions on morbidity, many blood donors have continued to donate blood, personally committed to saving lives of those in need.

“This act is indeed heroic and worthy of commendation,” he said.

Ehanire encouraged other Nigerians to embrace the humanitarian call to donate blood and inspire others to do same.

He also called for the promotion of community values on blood donation as adequate supply of blood and blood products would reduce mortality associated with life-threatening diseases, trauma cases from accidents, anaemia, and bleeding in pregnancy and delivery.

The minister also said that about 118.5 million blood units were annually collected worldwide, with only 15 per cent from voluntary unpaid donors.

“In Nigeria, less than five per cent of all blood donations come from voluntary unpaid donors.

“Every country must have a strong base of voluntary unpaid donors in order to ensure that everyone who needs safe blood has access to it,” he said.

The NBTS National Coordinator, Dr Omale Amedu, said that a similar recognition would take place in all NBTS’ zonal offices.

Amedu said that the agency was committed to regulating, coordinating and ensuring safe, quality and affordable blood and blood products in the country.

He said that NTBS’s 10-year strategic plan, including a target of one million safe blood units would ensure an increase in the number of voluntary unpaid donors, in order to meet the rising need for safe blood and blood products across the country.

Dr Prosper Okonkwo, Chief Executive Officer, APIN-Public Health Initiative, said the organisation would engage in advocacy and blood drives in selected areas of the Federal Capital Territory to sensitise the public about the need for blood donation.

Okonkwo, represented by Mrs Rita Ayoka-Ikechukwu, the organisation’s Technical Officer on Prevention and Community Services, urged more Nigerians to join the campaign for blood donation in the country.

It was reported that the NBTS, in collaboration with other stakeholders, organised a road walk, webinar and sensitisation, to mark the World Blood Donor Day.