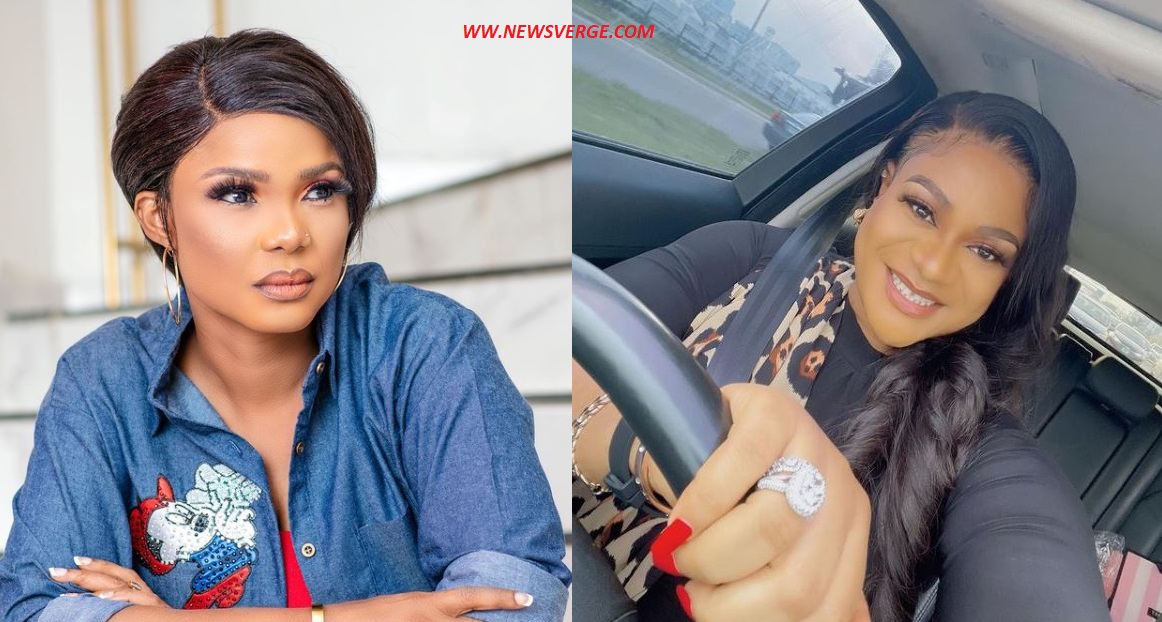 …wows to work against them

Following a supposed insults and disrespect, Nkechi Sunday Blessing and Iyabo Ojo heaped on the Yoruba movie industry at the pick of Lanre Omiyinka a.k.a Baba Ijesha rape case, the leadership of the Theater Arts and Motion Pictures Practitioners Association of Nigeria (TAMPAN), has barred directors in the association from working with the duo and has threatened to frustrate them out of the industry.

Both actresses have over time taken to social media to openly condemn the conduct of one of them, Omiyinka Olanrewaju, also known as Baba Ijesha, who was accused of defiling the foster daughter of comedienne, Princess.

Iyabo and Nkechi at several time clashed with some members of the association who kicked against them openly condemning Baba Ijesha.

Speaking on behalf of member Board of Trustee of the association at a press briefing on Sunday, veteran actor, Jide Kosoko said despite the fact that Iyabo Ojo and Nkechi Blessing are not registered members of TAMPAN, the association would not entertain any form of disrespect by both actresses who tried to drag the association in the mud.

Kosoko stressed that the association is aware of the derogatory statements made by Iyabo Ojo against the Association and the industry as a whole, noting that they will not take further insults.

He noted that indeed both actresses are not members of the association but that they can frustrate them out of the industry if they continue to constitute a ‘nuisance’ on social media.

“The attention of the Board of Trustees of TAMPAN and Elders of the Motion Picture Industry, especially of the Yoruba sector, have been drawn to the malicious damages being done to our sector by some unruly individuals that lack any iota of discipline and seeming to feel to be above the law.

“As you may be aware, certain unpleasant things have happened lately that has dragged the name of our association, TAMPAN in particular and the industry in general in the mud, which in totality are against what we stand for as individuals and as a group of professionals.

“We particularly observe the continuous derogatory statements made by Iyabo Ojo against the Association and the industry as a whole.

The BoT secretary however said, “we are not against her stand on the issue of alleged rape or sexual assault as the case maybe, which the Association and individuals have equally condemned at one time or the other, as we believe only a person without conscience will support rape or sexual assault in any form. Meanwhile, Iyabo Ojo’s reckless accusations, abuses and embarrassment of our sector is also totally condemned.

Unfortunately, Nkechi Blessing has also joined in the Ignoble tirades against the Association and by extension, the industry and we say enough is enough!

“As pioneers of this noble industry, if we fold our arms and allow the continuous blackmail that send negative signals across the world to go unchecked, the current situation that had impugned on our integrity will continue to grow to the detriment of humble practitioners, whose only source of livelihood is the practice of indigenous language movies (promoting Language to preserve culture).”

The National President of the Theatre Arts and Motion Pictures Practitioners Association of Nigeria (TAMPPAN), Bolaji Amusan, popularly known as Mr. Latin, explained why the association has been silent since the Baba Ijesha saga started in April.

“We as an association, have stayed away from making comments on the Lanre Omiyinka (Baba Ijesha) saga because we believe in the rule of law, due process and the ability of the courts of the land to do justice in such a way that it will be deemed to have been done without necessarily been swayed by emotions or influenced by sympathies.” He said.