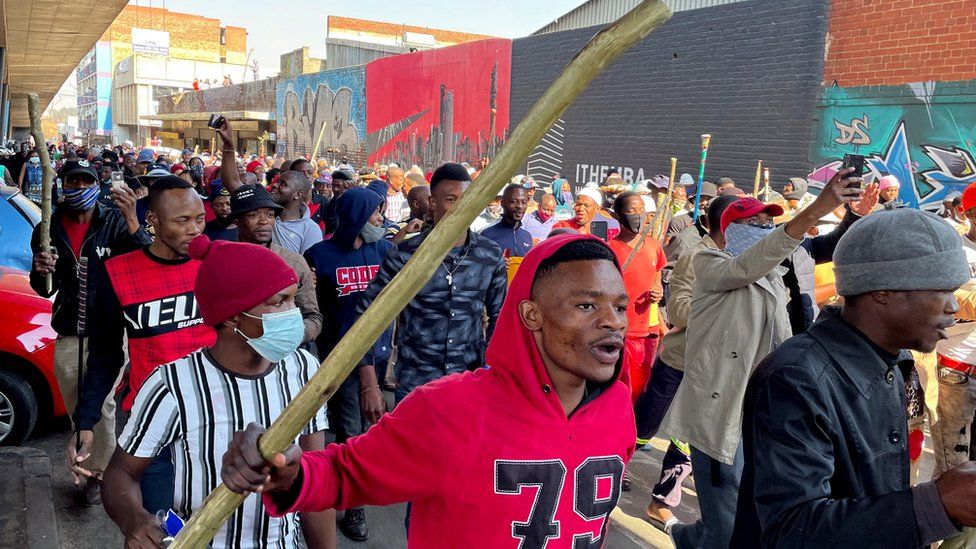 The South African government said on Monday it was deploying soldiers in two provinces immediately as violent protests continued in response to the jailing of the former president.

The government had also established a political crisis team to bring the unrest under control.

The military is to support the police in the northern province of Gauteng, which includes the economic powerhouse of Johannesburg, as well as in eastern KwaZulu-Natal, a military spokesman said on Twitter.

For days, South Africa had been rocked by protests against the imprisonment of former president, Jacob Zuma, with some turning increasingly violent.

At least six people had been killed and dozens injured in the riots, which first erupted in Zuma’s native KwaZulu-Natal province in the country’s east on Thursday.

Government officials have also described the violence as ethnically motivated and opportunistic.

A large shopping centre in the east of the country was set on fire on Monday morning while in Gauteng, there was looting of numerous shopping centres, stores and cash machines.