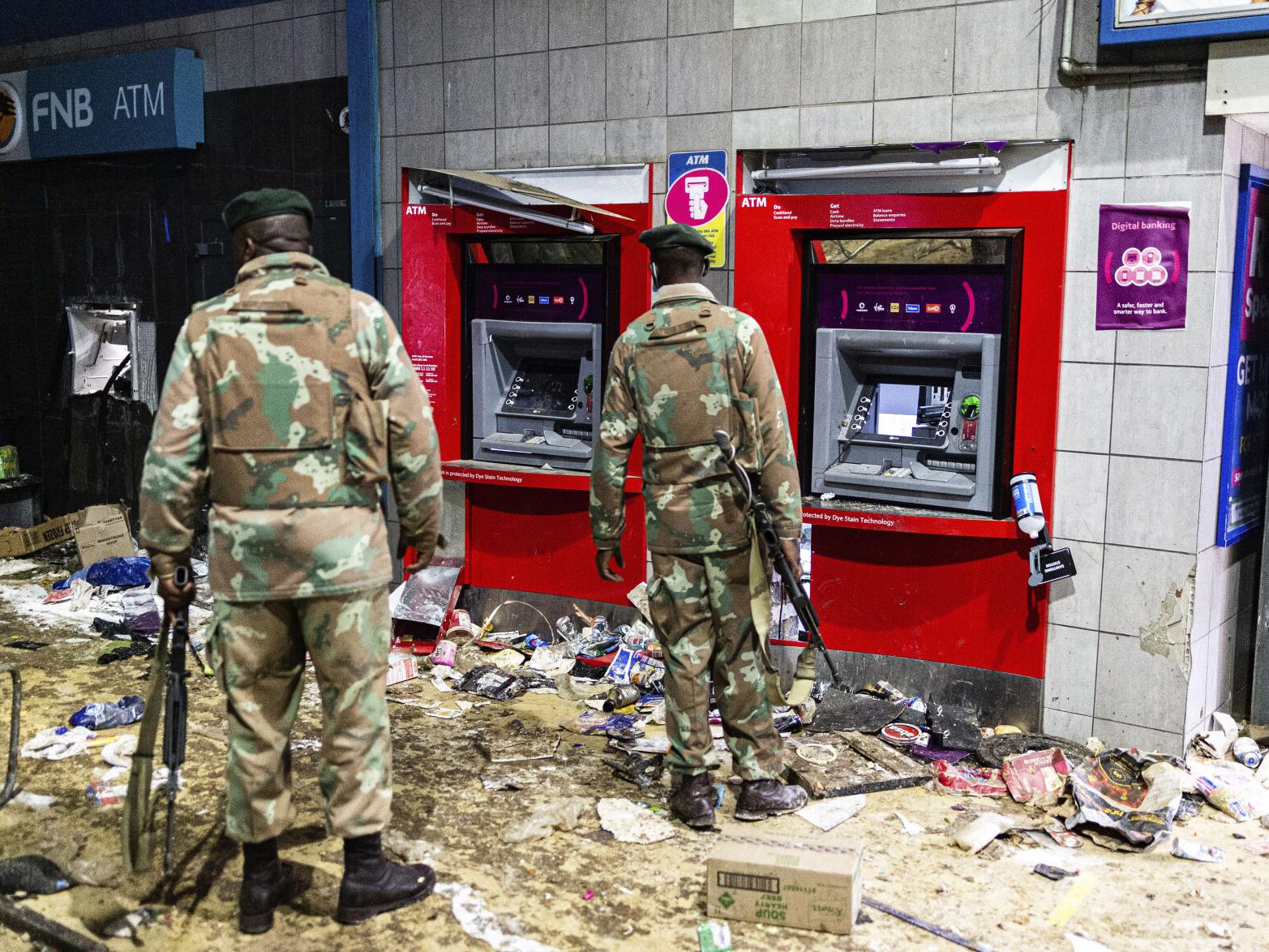 Military patrols on Tuesday began in the hardest hit areas after days of violent protests and looting in South Africa, following the imprisonment of former president Jacob Zuma.

There have been at least 10 deaths and a number of injuries, including four police officers.

Nearly 500 arrests had been made so far, the police said.

What began at the weekend as protests against Zuma’s 15-month jail term for contempt of court has rapidly devolved, in some instances, into large-scale bloody riots.

The unrest has disrupted supply chains, putting South Africa at risk of food and medicine shortages within weeks,

The province of Gauteng, which includes the cities of Pretoria and Johannesburg, and Zuma’s eastern home province of KwaZulu-Natal, have been particularly impacted and will now see the military assisting local law enforcement agencies.

“The duration and number of deploying soldiers will be determined based on the assessment of the situation on the ground by relevant law enforcement agencies,’’ the Defence Department said.

In the port city of Durban, the local government said the protests could cause problems with municipal utility services such as the water supply, as urgently needed repairs could not be carried out.

Last week, Zuma was sentenced to 15 months in prison for contempt of court, which he began serving on Wednesday.

He faces a commission of inquiry into various corruption charges during his time in office, from 2009 to 2018, but had failed to comply with a court summons.

Witnesses said people were driving up to stores in cars and walking away with refrigerators, beds, clothes, shoes and furniture.

The outnumbered police officers would frequently watch powerlessly from the sidelines and sometimes even are assaulted by rock throwers.

The tumult has brought buses, trains and traffic to a standstill, disrupting transportation and supply chains in one of Africa’s biggest economies.

Zuma’s legal battle may have sparked the protests, but they were also being read as an expression of anger and frustration over the country’s high unemployment and growing inequality, which have only been exacerbated by the coronavirus pandemic.

“Over the past few days and nights, there have been acts of public violence of a kind rarely seen in the history of our democracy,’’ Ramphosa said late on Monday.

“Property have been vandalised, destroyed and shops have been looted.

“Law-abiding citizens have been threatened and intimidated.

“Workers are scared that they may not be able to return to work.

In his remarks, the president addressed the problems that were tearing apart South Africans.

He said that pandemic and the violence had “thrown into stark relief what we already knew; that the level of unemployment, poverty and inequality in our society is unsustainable’’.