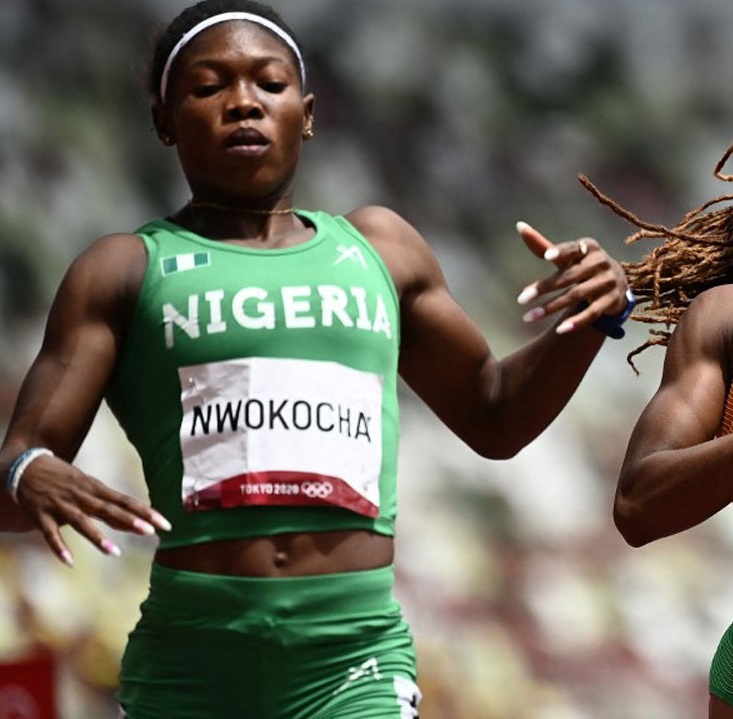 Team Nigeria’s Grace Nwokocha on Monday in Tokyo at the ongoing 2020 Olympic Games advanced to the semi-finals in the women’s 200 metres event.

Nwokocha ran a personal best of 22.47 seconds to finish third in heat 1 of the event to gain one of the automatic tickets to the semi-finals.

Cote d’Ivoire’s Marie-Josee Ta Lou had won the heat with 22.30, while the Bahamas’ Shaunae Miller-Uibo was second with 22.40.

It was reported that the 20-year-old Nigerian had reached the semi-finals of the women’s 100m event, where she ran an 11.07 on Sunday.

It had only helped her to place fifth in semi-final 3, a result that was not enough for her to move to the final which was ran later in the day.

But this was after she had ran another personal best 11.00 to place third from heat 5 on Saturday in the event’s round one to progress to the semi-finals.

It was reported that the women’s 200m semi-finals are due for later on Monday, while the final is slated for Tuesday.

Rio to reopen stadiums to fans in September