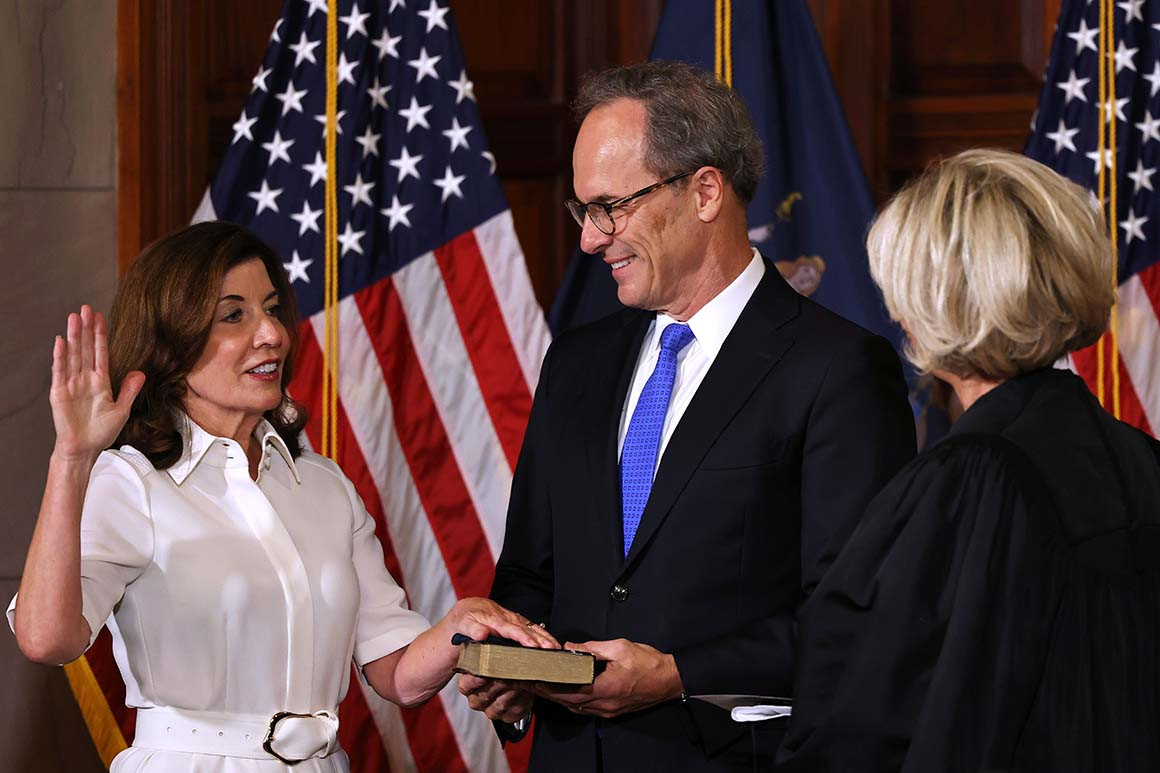 Kathy Hochul has been sworn-in as first female governor of New York, promising to change the state’s political culture and work to ensure that New Yorkers believe in their government again.

Hochul, a Democrat from Buffalo who turns 63 this week, officially became New York state’s 57th governor in a private ceremony.

Hochul, who was sworn-in by the state’s highest judge, takes over the governor’s office in the wake of a sexual harassment scandal that drove her predecessor, Andrew Cuomo, from power.

Cuomo had on Aug. 10 resigned because of a sexual harassment scandal that crippled his administration and that the resignation would take effect after two weeks, which is Aug. 24.

The new governor pledged to strengthen the state’s response to the COVID-19 pandemic and speed direct aid to residents in need.

She promised that “changing the culture of Albany” would be a top priority.