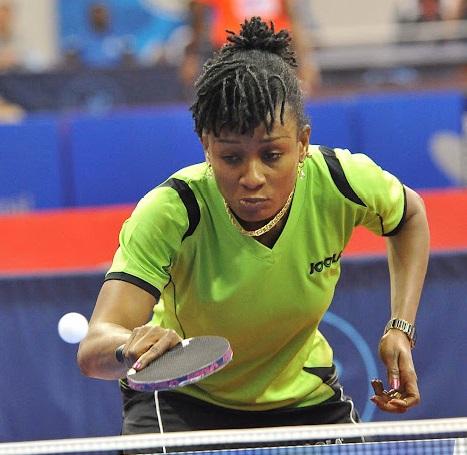 Nigeria Table Tennis Queen, Funke Oshonaike, on Wednesday, attributed the dominance of the Asians in Table Tennis as the reason it was difficult for her to win an Olympic medal.

It was reported that Oshonaike has been to the world biggest sporting fiesta seven times without any medal.

Oshonaike, who joined the exclusive International Table Tennis Federation Club 7 after the Tokyo 2020 appearance, told NAN that picking up an Olympic medal would have been a major boost to her.

With her appearance at the just-concluded Olympics, she sets a record of being the first female table tennis player in the world and the first female athlete in Africa to attend seven successive Olympic Games.

Oshonaike crashed out of the Tokyo 2020 at the preliminary round after losing to Juan Liu of the United States.

“I am very fulfilled as an athlete. The only thing I would have loved more is to have gotten a medal at the Olympics, but it’s very hard.

“Getting on the medals zone is difficult at the Olympics because table tennis is more dominated by the Asians.

“However, I still thank God that I achieve what none of them have been able to achieve. I also hope to see more women at the 7th club in the future,” she said.

Speaking from her base in Germany, the Shomolu-born athlete lamented that no player in the country was coming close to what she had achieved in her 17 years career, which started from the Algiers All Africa Games in 2007.

“My seventh appearance at the Olympics meant a lot to me. I dreamt about it for five years when I saw that it was only men that were in the 7th club.

“The feeling at the Olympics is indescribable, seeing my dream come true. It was a difficult journey for me but with determination, dedication, discipline and never give up attitude, with God by my side, I achieved my dream.

“For now, I can’t see anyone coming through the ranks to achieve this feat, but impossibility is nothing though.

“My advice is for the administrators to get a very good coach and they should lead well. We need more people that know about the game to be in charge.”

Osaka wins by walk-over at US Open