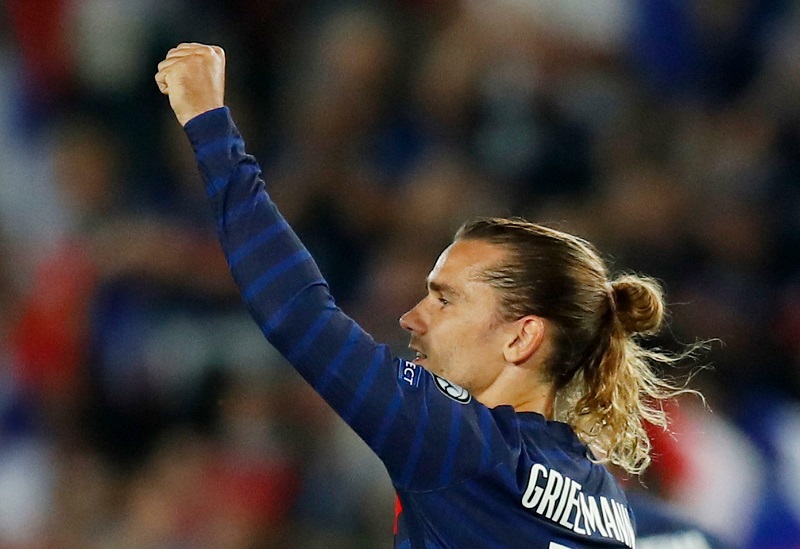 France failed to bounce back from their surprise Euro 2020 elimination as they were held to a 1-1 draw in 2022 FIFA World Cup qualifiers by Bosnia-Herzegovina on Wednesday.

Les Bleus, who went out in the last 16 of the European Championship after a shock penalty kicks shootout loss to Switzerland, fell behind to Edin Dzeko’s 36th-minute strike in Strasbourg.

But they were quickly back on terms following a fortuitous goal for Antoine Griezmann.

Didier Deschamps’ side would have been expecting to push on for a win in the second half of the Group D clash to go six points clear of second-placed Ukraine.

Ukraine had drawn 2-2 with Kazakhstan earlier on Wednesday.

However, after a deadline-day switch from Sevilla to Chelsea failed to materialise, Jules Kounde was shown a red card for a lunge on Sead Kolasinac.

This was followed by a VAR check and France had to at the end of the day settle for a point.

Kylian Mbappe missed the decisive penalty kick against Switzerland at Euro 2020 but went close to getting back on the scoresheet on Wednesday.

That was when his effort from the tightest of angles crashed behind off the near-post in the 27th minute.

He drilled a fine 20-yard effort through Presnel Kimpembe’s legs and into the bottom-right corner.

Dzeko headed a corner-kick against Griezmann’s back and following a VAR check it was clear Ibrahim Sehic had failed to keep the ball out after a slight touch off Dennis Hadzikadunic.

Aurelien Tchouameni was sent on for his debut at half-time but France’s plan was thrown into disarray following Kounde’s late tackle on Kolasinac, who had to be replaced by Eldar Civic.

Bosnia had a couple of chances to steal a famous win, but Smail Prevljak and Pjanic were unable to find the target with their efforts inside the final five minutes.

Osaka wins by walk-over at US Open