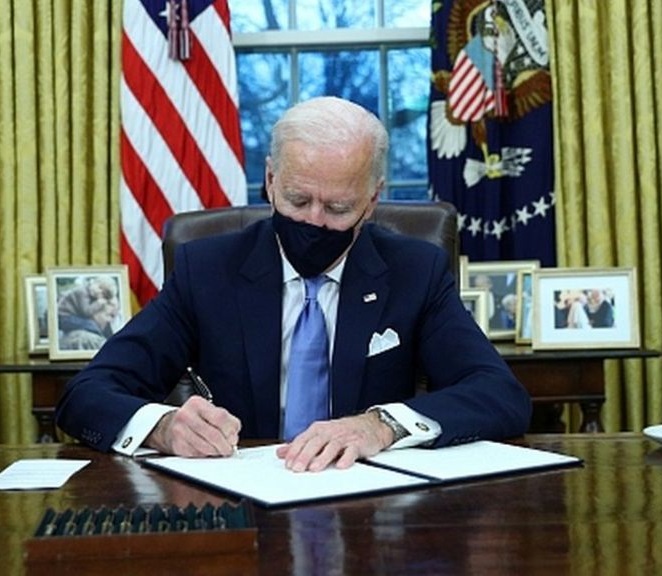 The devastating storm in the North-Eastern U.S. in the aftermath of Hurricane Ida killed no fewer than 36 people, local authorities said on Thursday.

Biden pledged robust federal help for the Northeastern and Gulf states battered by Hurricane Ida and for Western states beset by wildfires, with the catastrophes serving as deadly reminders that the “climate crisis” has arrived.

“The past few days of Hurricane Ida and the wildfires in the West and the unprecedented flash floods in New York and New Jersey is yet another reminder that these extreme storms and the climate crises are here.

“We need to be much better prepared. We need to act,” President Biden said in a statement from the White House.

Biden is promising help for victims of Ida’s remnants in those areas.

Biden said he would further press the Congress to pass his nearly one trillion dollars infrastructure bill to improve roads, bridges, the electric grid and sewer systems.

The proposal intends to ensure that the vital networks connecting cities, states and the country as a whole can withstand the flooding, whirlwinds and damage caused by increasingly dangerous weather.

Ida was the fifth-most powerful storm to strike the U.S. when it hit Louisiana on Sunday with maximum winds of 150 mph, likely causing tens of billions of dollars in flood, wind and other damage, including to the electrical grid.

Even though historic rainfall, tornadoes and savage winds have left the region, the grim death toll could continue to climb further Friday as emergency crews navigate flooded homes and cars.