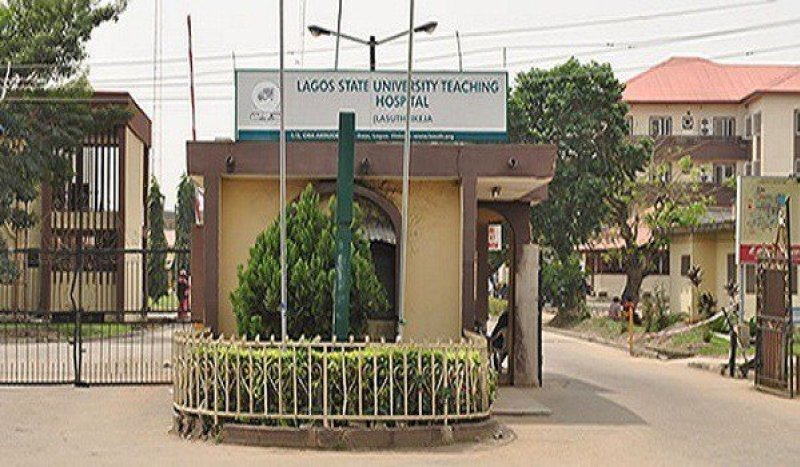 The Association of Resident Doctors, Lagos State University Teaching Hospital Chapter (LASUTH-ARD), has said that it members might not resume work even if the ongoing nationwide doctors’ strike ends.

The President of the chapter, Dr Azeez Ojekunle, disclosed this on Friday at a news conference in Lagos.

Ojekunle said that LASUTH-ARD’s strike might linger if Lagos State Government would not expedite actions to meet its demands.

He, however, said that the association was willing to resume negotiations to ensure resolution of the industrial disharmony.

According to him, there is misinformation that the association joined the nationwide strike in solidarity with its national body.

“We hereby set the record straight to citizens of Lagos that there are several local issues affecting the Lagos State Chapter of NARD and the healthcare delivery system.

“The LASUTH-ARD, in a show of unparalleled patriotism, has been engaging the government since past years with several correspondences and meetings.

“However, it has been series of unfulfilled promises after four months’ grace period since suspension of the strike.

“Following perceived insensitivity from the government despite all diplomatic measures explored, we were left with no other option than an avoidable industrial action.

“Today marks the 33rd day of the strike with no end in sight at the Lagos State and national levels,” he said.

He said that there had been full compliance with the strike directive in the hospital which, he said, had affected healthcare delivery.

Ojekunle regretted the impact of the strike on patients, appealing for their understanding.

On the way forward, Ojekunle urged the government to withdraw the circular removing House Officers from the state’s scheme of service.

Ojekunle also called for immediate release of the Medical Residency Training Fund as approved by the state government.

He added that there should be a template for regular recruitment of resident doctors and medical officers to consolidate existing exit replacement.

The president also called for the recommencement of residential quarters’ project for resident doctors in LASUTH, saying that the project had been stalled for over a decade.

Ojekunle pledged the association’s commitment to supporting the government to improve the health of Lagos citizens through discharge of its duties and constructive engagements.

It was reported that the National Association of Resident Doctors (NARD) embarked on a nationwide indefinite strike on Aug. 2.

NARD said that the strike was to protest poor working environment in public hospitals, irregular payment of doctors’ salaries and hazard allowances of N5000, which was reviewed last in 1991.

The strike was also to demand immediate withdrawal of a circular removing House Officers from the scheme of service.

The Nigerian Medical Association (NMA), on Aug. 31, issued a 21-day notice to the Federal Government to resolve all issues affecting its members.

NMA said that it would summon an emergency delegates meeting to review progress made on the implementation of agreements after expiration of the notice.

The NMA said that it supported all its affiliates in their efforts to improve healthcare delivery in Nigeria and the welfare of their members.