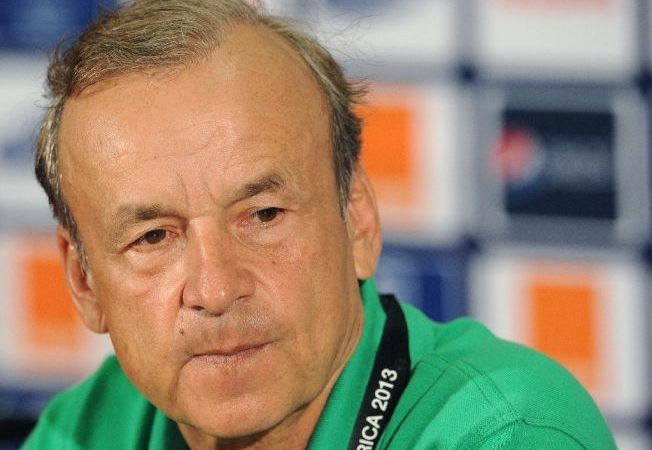 Super Eagles’ coach Gernot Rohr is confident his team can get a positive result on the Island of Mindelo during their Match Day 2 fixture against Cape Verde on Tuesday.

But the team is depleted ahead of playing away to Cape Verde, due to COVID-19 red alert UK restrictions on the Island country.

Rohr will not have the services of all the Britain-based players, including Leicester City forward Iheanacho who was Man of the Match against Liberia.

Others who would not be available for Tuesday’s tie include defenders Leon Balogun (Glasgow Rangers) and William Ekong (Watford FC).

Rohr described his side’s home win against Liberia as heart-warming in spite of “difficult conditions”.

But he admitted that they have a huge game in their hands against the Blue Sharks at Estadio Municipal Aderito Sena on the island of Mindelo.

“Some players are leaving because they cannot travel to Cape Verde and it’s not going to be easy to build a new team in two days.

“We are going to play under two extreme conditions, after playing on a heavy grass due to the rain (at the Teslim Balogun Stadium) and then another game on a dry pitch (against Cape Verde).

”We are going to play with another defence, another midfield and without the goal scorer (Kelechi).

“It is a challenge for the staff and the players but we have to show our solidarity, and with the 20 players going to Cape Verde, we would be able to make a good team.

“We have to manage the situation without searching for alibis if it is not going well and that our team is able to bring about good performance even when we know it is going to be more difficult,” explained the 68-year-old Rohr.

Meanwhile, team captain Ahmed Musa will be looking forward to Tuesday’s match with relish since he will be in line for his 100th international cap for Nigeria.

The 28-year-old winger earned his 99th cap on Friday against Liberia after coming on as a second half substitute for Iheanacho.

He will be the third Nigerian to reach the 100-cap landmark after former captains Vincent Enyeama and Joseph Yobo.

Bale not in favour of biennial World Cup