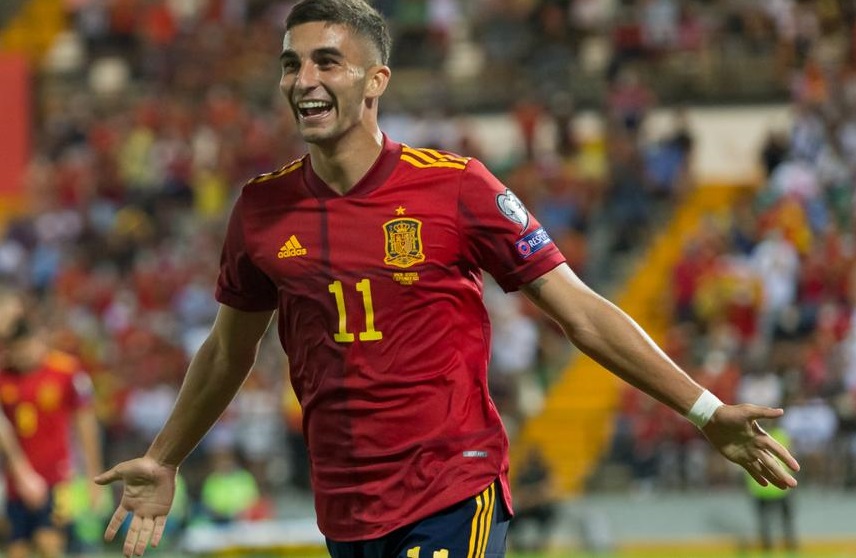 Spain responded to their defeat by Sweden with an impressive 4-0 victory over Georgia in Badajoz on Sunday in their latest 2022 FIFA World Cup qualifier.

Goals from Jose Gaya, Carlos Soler, Ferran Torres and Pablo Sarabia earned Luis Enrique’s men a comfortable victory and temporarily put them back on top of their group.

While that 2-1 loss in Stockholm on Thursday ended a 66-game unbeaten run in World Cup qualifying, there was little hangover in Extremadura.

The hosts delivered a controlled and entertaining display for the packed crowd.

Gaya’s first-time strike from the edge of the penalty box was not the cleanest, but it was enough to give Spain a 14th-minute lead.

It took a big deflection on its way past goalkeeper Giorgi Loria.

Soler made it 2-0 with 25 minutes gone, stylishly side-footing high into the net after Marcos Llorente’s cut-back found its way to his feet.

Torres saw a goal disallowed for offside but still made it 3-0 before the break, his scuffed effort bouncing beyond Loria and into the bottom-left corner.

Georgia posed a threat to Unai Simon’s goal early in the second half, but Spain pounced via a quick counter-attack.

Sarabia lifted a finish high past Loria after he was brilliantly set up by Pablo Fornals.

Simon did produce a remarkable one-handed stop to deny Georges Mikautadze before he was replaced by Robert Sanchez.

This came to be as Luis Enrique gave some game time to the substitutes in the closing stages.

Sarabia thought he had scored a fifth with the last kick of the game, but Fornals was judged offside before delivering his pinpoint cross.

Amid the inquest into that defeat to Sweden —— their first in World Cup qualifying since 1993 —— this was a comfortable return to winning ways for La Roja.

There was a welcome clinical edge to their performance as they moved back to the top of Group B, a point ahead of Sweden but having played two games more.

Georgia remain bottom with one point from their five matches.

Kosovo away in the coming days will be a tougher test than this one, but it is crucial to Spain’s hopes of topping the group that they keep up the pressure on Sweden.