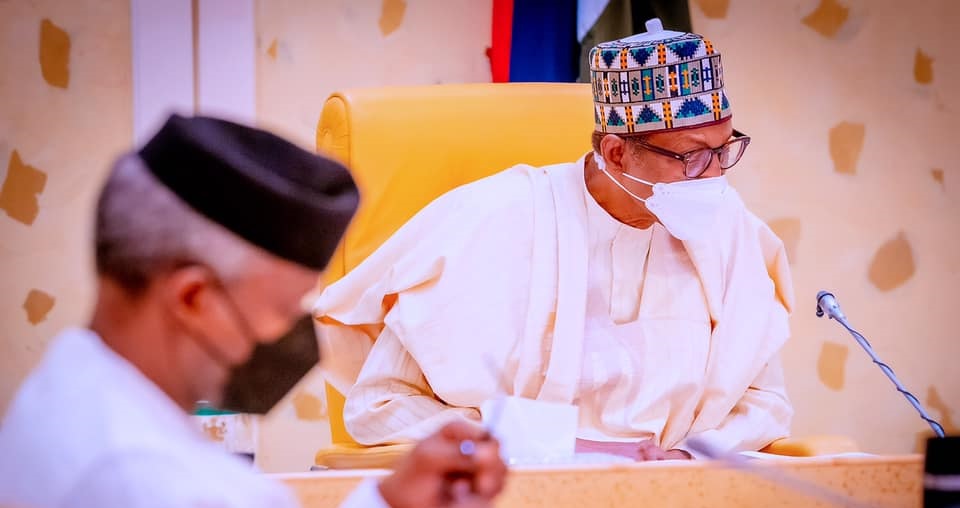 President Muhammadu Buhari on Tuesday wrote to the National Assembly, seeking approval to borrow the sum of $4,054,476,863 billion and €710 million.

The request was made known in a letter read by Senate President Ahmad Lawan at plenary.

In the letter titled Addendum to Request For Senate’s Concurrent Approval Of Multilateral Fund Projects Under the 2018-2021 Federal Government External Borrowing (Rolling) Plan, President Buhari explained that owing to “emerging needs”, there is a need to raise more funds for some “critical projects”.

“The projects listed in the addendum to the 2018-2021 Federal Government External Borrowing Plan, are to be financed through sovereign loans from the World Bank, French Development Agency (AFD), China-Exim Bank, International Fund For Agriculture Development (IFAD), Credit Suisse Group and Standard Chartered/China Export and Credit (SINOSURE) in the total sum of USD4,054,476,863.00 plus Euro 710, 000,000.00 grant component of USD 125,000,000.00”.

This is not the first time President Buhari is writing to the National Assembly to request approval for external loans this year.

In May, he requested the sum of N2.343 trillion which according to him, was meant to part-finance the budget deficit of N5.602 trillion in the 2021 budget.

SEE COPIES OF THE LETTER TO SENATE