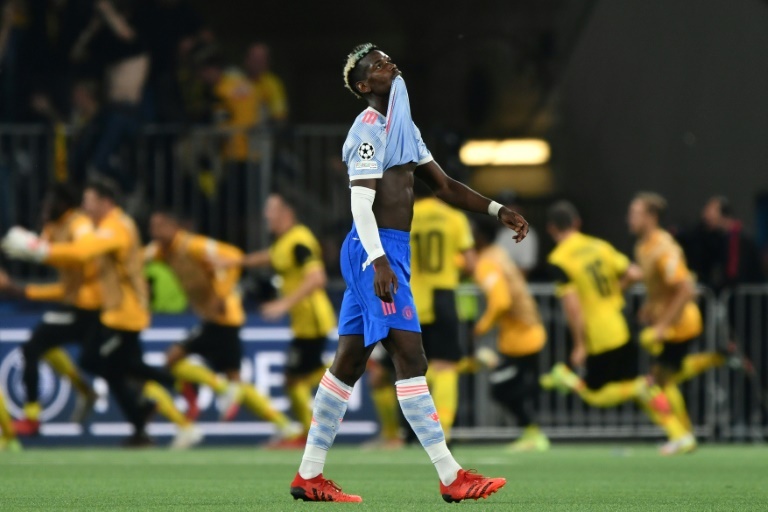 Substitute Jordan Siebatcheu struck with the last kick of the game as Swiss side Young Boys claimed a sensational 2-1 Champions League win over 10-man Manchester United on Tuesday after Cristiano Ronaldo had earlier opened the scoring.

USA striker Siebatcheu pounced on Jesse Lingard’s short back-pass to tuck the ball past David de Gea for a 95th-minute winner in front of a delirious crowd at the Wankdorf Stadium.

Ronaldo had earlier put United ahead with his third goal in two games since returning to Old Trafford.

However, the match hinged on Aaron Wan-Bissaka’s sending-off late in the first half for a dangerous tackle on Young Boys midfielder Christopher Martins which gave Young Boys hope.

The hosts hit back to equalise in the second half through Nicolas Moumi Ngamaleu and Ronaldo was substituted before Siebatcheu got the winner.

It is a terrible start for Ole Gunnar Solskjaer’s side in Group F, especially with tougher tests likely to come against Atalanta and Villarreal.

Ronaldo at least added to his statistics — he is the Champions League’s all-time record scorer and now has 135 goals in the competition, 15 more than his old enemy Lionel Messi.

He will be 37 early next year but his hunger for success in Europe’s elite club competition knows no bounds and he clearly felt returning to Old Trafford gave him a better chance of winning a sixth European Cup than if he stayed at Juventus.

However, it is a decade since United were a real force in the Champions League and this is another disappointing European result for them.

Messi in for Champions League debut for PSG at Club Brugge