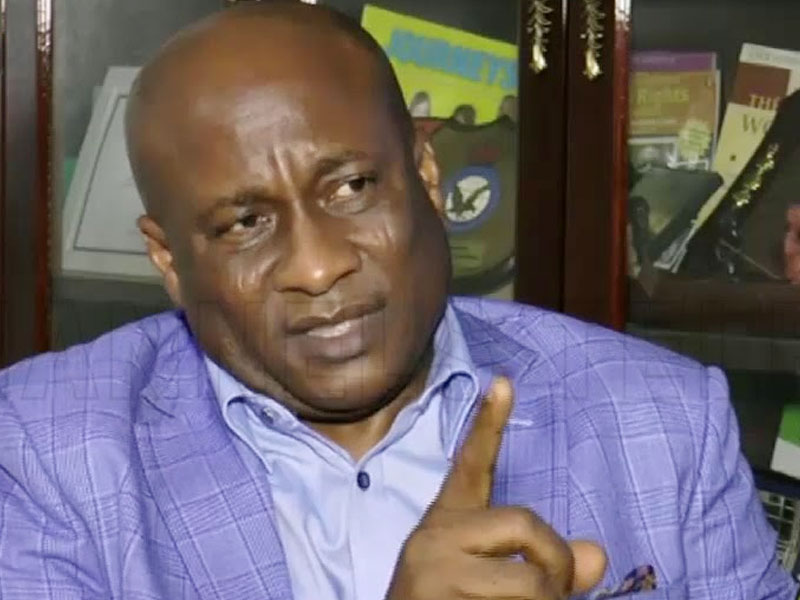 Allen Onyema, the President of Air Peace Airline, has compensated the Super Falcons past and present teams with the sum of ₦20 million.

This is contained in a statement by Ademola Olajire, Director of Communications at the Nigeria Football Federation (NFF), on Wednesday.

It said that Onyema presented the cheques to the various teams after the finals of the maiden Aisha Buhari Invitational Tournament on Tuesday.

It was reported that South Africa’s Banyana Banyana spanked the Super Falcons 4-2 in the final match at the Mobolaji Johnson Arena, Lagos.

South Africa emerged the best team of the tournament, and the Super Falcons’ 2-4 loss was a good lesson for Nigeria to henceforth put her fate in the hands of young and glory-hungry players.

The statement said Onyema was not dismayed by the lashing received by the Super Falcons in the hands of South Africa’s Banyana Banyana.

“He presented the sum of ₦10 million to the Super Falcons’ class of 1999 that reached the quarter finals of the FIFA Women’s Cup in USA who were honoured by the NFF at a special Awards ceremony in Lagos on Monday.

“He also gifted the present bunch the sum of ₦10 million,” it added.

It would be recalled that Onyema’s company, Air Peace, is the official carrier of Nigeria national teams.

He recently doled out N20 million to motivate the Super Eagles to win their FIFA World Cup Qatar 2022 qualifier against Cape Verde in Mindelo.