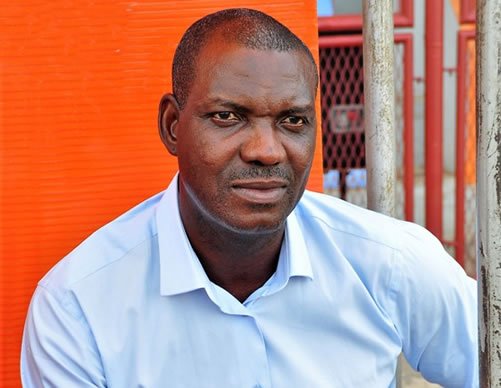 He also called on the club managers in the Nigeria Professional Football League (NPFL) and other lower divisions of the domestic league to join them in the campaign against violence.

Eguavoen, also a former coach of Gombe United FC, made the appeal in an interview with our reporter in Lagos against the backdrop of a series of match violence in the domestic league.

He said that as good sports enthusiasts, losing is part of what they signed up for. Eguavoen also called on referees to stick to the rules of the game without fear or favour.

“It is unfortunate that this is still happening, fans need to understand that they can’t win every match, losing is also part of the game.

“If a referee plays fair, it’s evidence for people to see, interpreting the rules of the game should be clear, some people can’t control their emotions.

“Some people just flip at the slightest provocation; fans need to watch objectively; violence doesn’t solve anything, if anything it doesn’t make the league look reputable,” he said.

It was reported that one of the cases of violence in the league was the match between Kano Pillars and Akwa United FC.

On his expectations for the 2021/2022 season, Eguavoen, a member of the 1994 Nations Cup winning squad, told our reporter that aligning the league with the rest of the world is essential.

“I expect them to start on time. It usually takes its toll on the teams representing us at our continental engagements.

“I expect them to put their houses in order. As long as sponsorship is sealed, every other thing will be taking care of.

“In all, consistency is the key word here, you can’t beat a team that has match fitness compared to a team with training fitness; our league should start and end at stipulated time,” he said.

Eguavoen also applauded the League Management Company (LMC) and club managers, for working toward the common goal of the NPFL.

“Even though there’s room for improvement, we must not turn a blind eye to what they have been able to achieve, unlike before we barely hear about players being owed. This is commendable and I believe it will only get better,” the coach said.