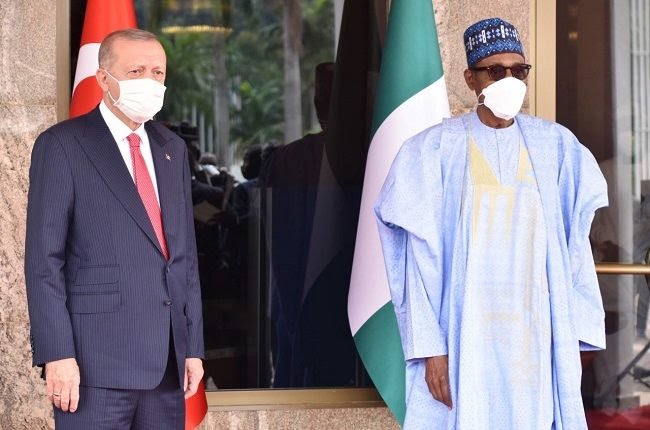 President Muhammadu Buhari is currently meeting with President Recep Tayyip Erdogan of Turkey, who is on a two-day official visit to Nigeria.

Our correspondent reports that the visiting president arrived at the presidential villa at about 11.10a.m, and was received by Buhari at the fore court of the villa.

It was further reported that Buhari and Erdogan immediately went into a closed door bilateral meeting to renew the bond of friendship between Nigeria and Turkey.

A statement on the Turkish president’s visit to Nigeria, on Tuesday by Malam Garba Shehu, the president’s spokesman, said the two leaders were expected to consider about 24 bilateral agreements and Memoranda of Understanding (MOUs).

The Turkish leader, who arrived from Angola on Tuesday, would depart for Togo at the end of his visit.

It was also reported that Buhari had also visited Turkey on Oct. 19, 2017.