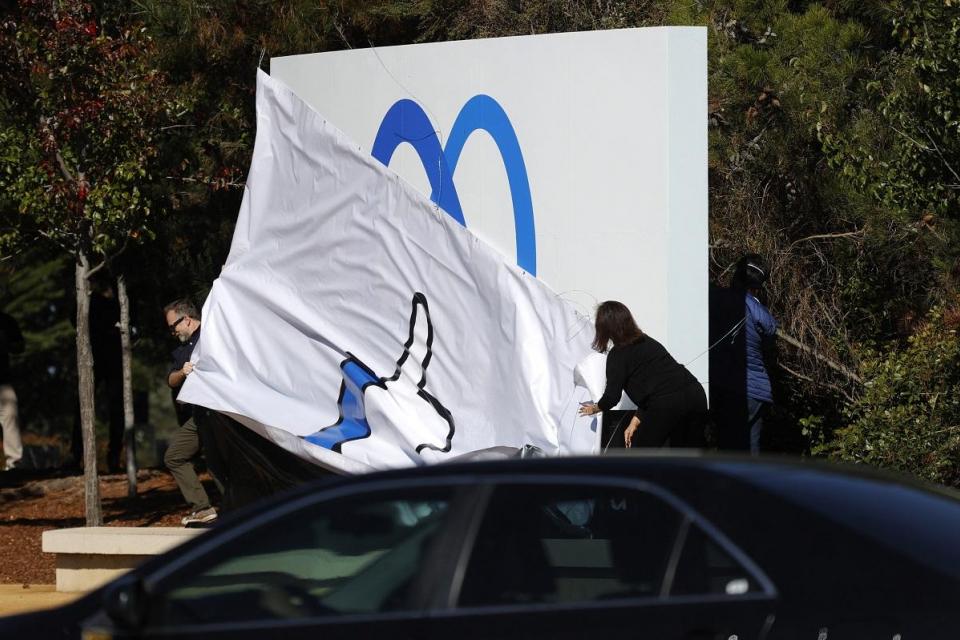 Social media giant, Facebook on Thursday said it is changing its company name as it shifts its focus to the “metaverse” and confronts wide-ranging scrutiny of the real-world harms from its various platforms after a whistleblower leaked hundreds of internal documents.

Founder Mark Zuckerberg said Thursday that Facebook will change its corporate name to Meta, effectively demoting Facebook’s namesake service to being just one of the company’s subsidiaries, alongside Instagram and WhatsApp, rather than the overarching brand.

The company is formerly known as Facebook also said in a press release that it plans to begin trading under the stock ticker “MVRS” on December 1.

A rebranding could be part of an effort to overhaul Facebook’s reputation and turn the page following a series of PR nightmares, including misinformation on its platforms, content moderation failures and revelations about the negative effect its products have on some users’ mental health.

“I’ve been thinking a lot about our identity as we begin this next chapter. Facebook is one of the most used products in the history of the world,” Zuckerberg said on Thursday. “It is an iconic social media brand, but increasingly it just doesn’t encompass everything that we do.

“Today we’re seen as a social media company,” he added, “but in our DNA, we are a company that builds technology to connect people. And the metaverse is the next frontier just like social networking was when we got started.”

Zuckerberg, who said he loved studying classics in school, said the name was inspired by the Greek word meta, which means “beyond.” “For me, it symbolizes that there is always more to build.”

The company also replaced its corporate sign, which featured a picture of a “thumbs up,” outside of its California, headquarters with one touting its new logo: a blue infinity sign.

Facebook did not announce any executive changes on Thursday. But on Zuckerberg’s personal Facebook page, his job title was changed to: “Founder and CEO at Meta.”

When asked by The Verge if he would remain CEO at Facebook in the next 5 years, he said: “Probably. I don’t have a specific date for how long I want to be doing this. I guess what I could say is I’m very excited about the next chapter of what we’re doing.”

Zuckerberg kicked off the big product event by teasing a series of new social, gaming and workplace concepts for the metaverse — and by acknowledging the optics of focusing on such products amid renewed scrutiny of the company.

“I know that some people will say that this isn’t a time to focus on the future, and I want to acknowledge that there are important issues to work on in the present. There always will be,” Zuckerberg said. “So for many people, I’m just not sure there ever will be a good time to focus on the future. But I also know that there are a lot of you who feel the same way that I do.”

“We live for what we’re building,” Zuckerberg added. “And while we make mistakes, we keep learning and building and moving forward.”