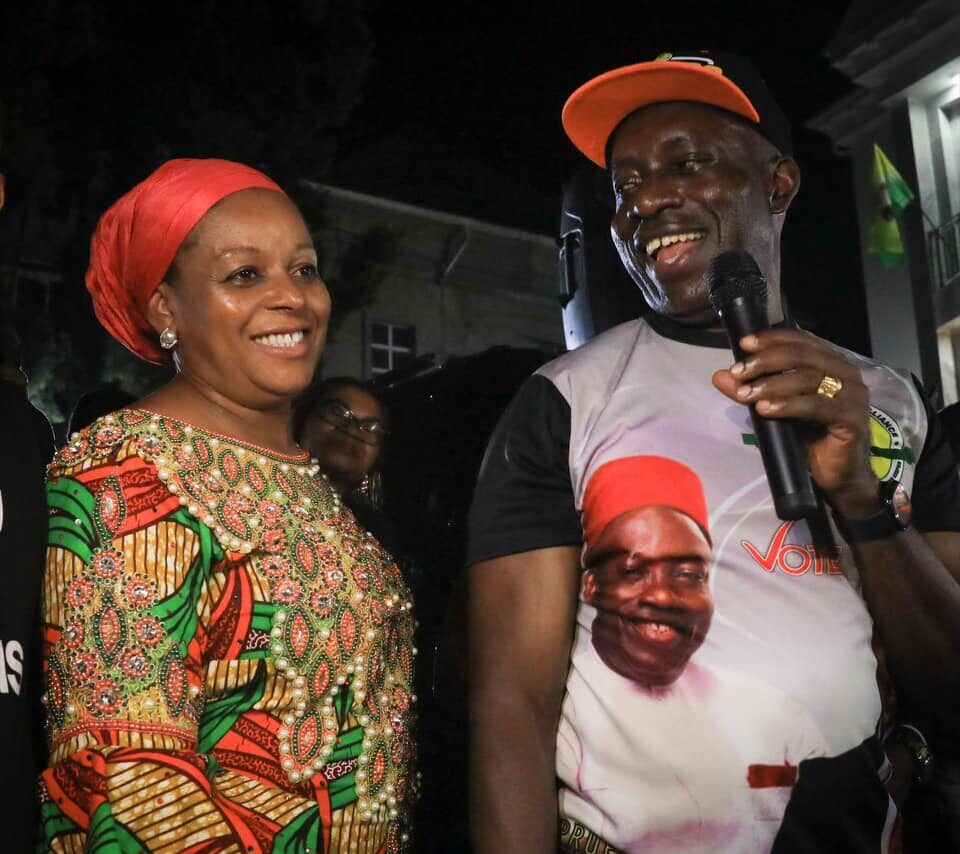 Supporters and well-wishers on Sunday night, gathered at the home of All Progressives Grand Alliance (APGA)’s candidate, Prof.Chukwuma
Soludo in Isuofia, Aguata Local Government Area, as they await election result.

The Independent National Electoral Commission (INEC) has announced results of 19 out of the 21 Local Government Areas in the state.

The News Agency of Nigeria reports that political associates, youths and women in their hundreds thronged to Soludo’s resident at Isuofia as they await the announcement of the result.

Some of the residents, who spoke with NAN, said that they believed that Soludo would emerge winner at the end of the process.

Mrs Chioma Ocha said she was happy because a governor would emerge from her community.

“We are here to show solidarity to our brother and son while we wait for INEC to announce the final result.

“But I’m particularly happy that my town, Isuofia, will be producing the next governor of Anambra. That is a very big achievement, ” she said.

Also speaking, Mr Chinedu Ogubuiro said he came to jubilate with Soludo ahead of INEC’s announcement.

“I am one of Soludo’s kinsmen and I want to be on ground to celebrate with him when INEC announce the results of the election,” he said.

Soludo who joined the crowd in singing urged them to be patient as INEC announce the results of the election.