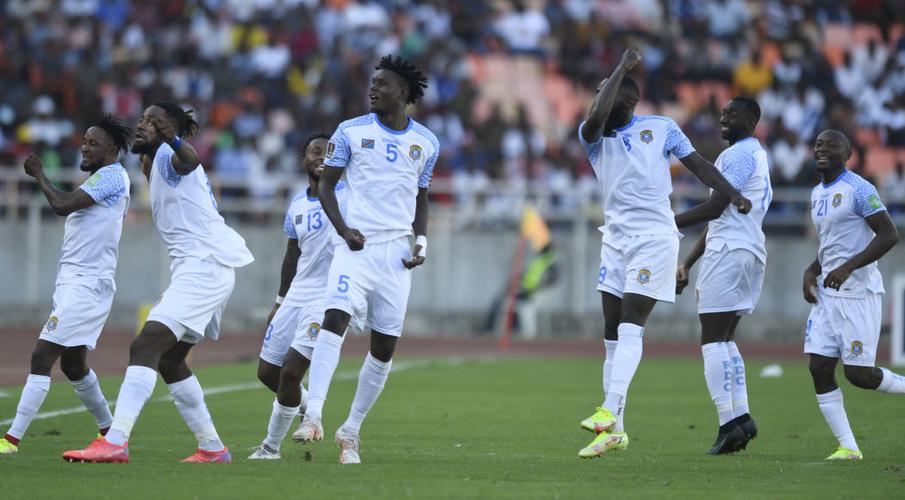 Sunday’s action in Africa’s 2022 World Cup Qualifiers revealed the identity of two further teams progressing into the playoff phase next year, with DR Congo and Ghana punching their tickets.

Ghana squeezed into the final qualification phase by the narrowest of margins, as a controversial Andre Ayew penalty saw them defeat South Africa 1-0 at Cape Coast Sports Stadium in the headline night match.

The result left the Black Stars and Bafana level at the top of Group G on 13 points apiece and with the same goal difference (+4), but the West African side’s extra goal (7 to 6) through the course of six group matches proved the key tie breaker to send them through to the playoffs in March next year.

The other night match saw Senegal (who had already secured progression last month) underline their pre-eminence in Group H with a 2-0 win over Congo in Thies, as Ismaila Sarr’s first-half brace proved the difference between the teams.

DRC made full use of home advantage at Stade Des Martyrs in Kinshasa in an afternoon clash, defeating Benin 2-0 to leapfrog to the top of Group J. An early penalty from Dieumerci Mkobani set the Leopards on their way, and a second from Ben Malango with just over a quarter hour of regulation time to play sealed the deal.

DR Congo have not appeared at the World Cup finals since way back in 1974 (when they were known as Zaire and famously lost 9-0 to Yugoslavia in Gelsenkirchen), but they are now just 180 minutes away from a second showing at the global event.

The other afternoon clashes saw Ethiopia fight back to hold Zimbabwe 1-1 (Abubeker Nasir Ahmed’s late equaliser cancelled out Kudakwashe Mahachi’s opener) in Harare and condemn the Warriors to the wooden spoon in Group G; and the other Group J clash between Madagascar and Tanzania ended 1-1 in Antananarivo with goals from Hakim Abdallah and Simon Msuva respectively. The Taifa Stars ended third, while Barea propped up the standings.

The only early-evening clash saw Group E winners Mali confirm their dominance with a 1-0 win over Uganda in Agadir, Morocco. Kalifa Coulibaly’s goal saw the Eagles end with 16 points from a possible 18, all while conceding zero goals from six matches. The West Africans will rightly enter the playoffs with confidence that they can secure a first-ever qualification to the World Cup.