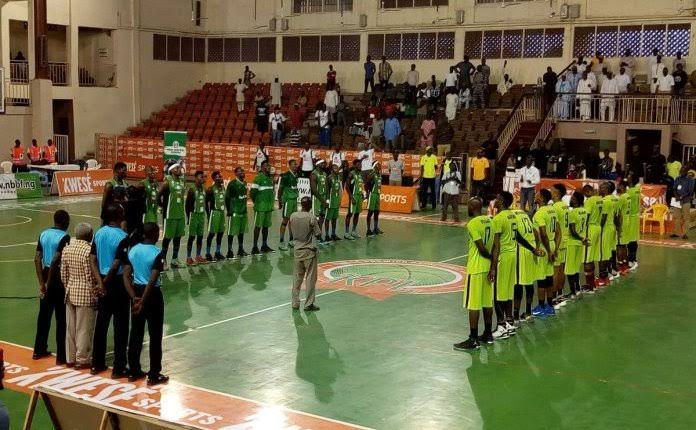 Our correspondent reports that in the match played at the Moshood Abiola National Stadium in Abuja, Gombe Bulls defeated their opponents in the third quarters and drew in the final quarter of the game.

Speaking after the match, the Head Coach of Gombe Bulls, Abudulrahman Mohammed, told Journalists that his target is to play the final match and win.

“We played a very aggressive game, we didn’t make much mistakes, we turned over the ball two times and that showed the result.”

He added that the ultimate target is to win the final match because only one team will represent Nigeria in the Basketball Africa league (BAL). “That is our target for now.”

Our correspondent reports that in the other games played, for the first semi final match, Rivers Hoopers defeated Nigeria Custom. 85-76.

It was reported that Rivers Hoopers will face Gombe Bulls in the final match while Nigeria Custom will play Kano Pillars in the third-place match.

It was reported that the eight participating teams in the Super 8 Men’s Premier Basketball League are divided into Atlantic Conference and Savannah Conference.

The winner of the League will represent Nigeria at the 2021 Basketball Africa League (BAL), scheduled to hold later in the year.

Our correspondent reports that 2021 Super 8 Men’s Premier Basketball League is organised by the Ministry of Youths and Sports Development due to the crisis in the Nigeria Basketball Federation (NBBF).

The competition which started on Nov. 12 is expected to end on Nov. 16