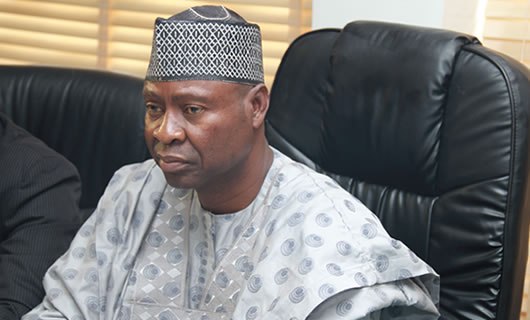 The Director-General of the Industrial Training Fund (ITF), Sir Joseph Ari,has said that equipping Nigerians with technical skills is an enduring solution to the nation’s challenges.

Sir Ari said that the ITF believes that an enduring solution to Nigeria’s challenges was a committed governmental and non governmental effort to equip many Nigerians with technical skills for employability and entrepreneurship.

The director-general said this on Tuesday in Jos, when he declared open the Nigerian Institute of Public Relations (NIPR) Summit for the North-Central with the theme: “Citizens Summit for National Integration, Peace and Security Reopen Conversation, Rebuild Trust”.

He said that equipping of Nigerians with relevant skills was imperative as the key drivers of the challenges were unemployment and poverty.

”I strongly believe that these problems would be overcome if more jobs are created and poverty reduced with increased investments in Human Capital Development of Nigerians especially with technical vocational skills,” he said.

He said that the Federal Government had keyed into unrelenting advocacy as human capital development was listed as one of the drivers and areas of key focus of the five-year National Economic Development Plan.

Sir Ari commended the NIPR and its partners for coming up with the theme of the summit, which he described as timely as it gathered the diverse people and interests that were represented to freely air their views to chart a new course for our country.

He expressed optimism that with the calibre of participants at the event the deliberations of the summit would come up with meaningful resolutions that would help to rebuild trust and open conversations among Nigerians toward the betterment of the country.

The President and Chairman, Governing Council of NIPR, Mr Mukhtar Sirajo, said the aim of the summit was to seek solution to the challenges confronting the nation.

”The summit is not a problem seeking one, but a solution seeking process,” he said.

Sirajo said that the solutions proffered at the summit would be taken to the national level.

Gov. Simon Lalong of Plateau who was represented by his Deputy, Prof. Sonni Tyoden, also described the theme of the summit as apt as it fitted the need of the nation at the moment.

Lalong said the theme reemphasised the need for dialogue.

He said that if trust was rebuilt through conversations Nigerians would be able to address the problems confronting us.

He commended the NIPR for holding the summit.

Our correspondent reports that the summit was attended by traditional and religious leaders,among others.