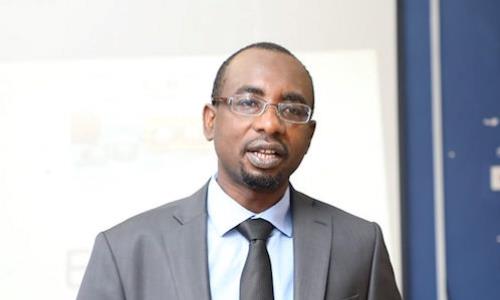 The National Information Technology Development Agency (NITDA) has reiterated that the agency would sustain engagements with ICT stakeholders to ensure growth and creation of jobs in the sector.

The Director-General, Mr Kashifu Inuwa made the commitment at the Technology Ecosystem Dialogue (TED) series organised by Young Innovators Nigeria (YIN) in collaboration with Nigeria Incubators and Innovators’ Network (NIINE) in Abuja.

The TED series had its theme as “Technology Policy: A Catalyst for Sustainable Job Creation”.

Represented by Dr Usman Gambo, Director, IT Infrastructure Solutions of NITDA, Inuwa recognised that the government alone did not have the capacity to create all the jobs for individuals in the ecosystem.

According to him, the private sector drives job creation and the government is taking that into consideration.

He said, “NITDA will continue to support ICT hubs, innovation hubs, startups to create jobs by developing the enabling environment needed in the sector.”

The director general also mentioned that the agency had come up with the Nigeria National Digital Innovation and Entrepreneurship Policy which would drive development in the ICT ecosystem.

He stated that it was crafted in line with the National Digital Economy Policy and Strategy (NDEPS) and would focus on advancing human capital, among other objectives for the digital transformation of the country.

Inuwa urged participants at the TED series to think strategically toward engaging the government on ways to address challenges facing the ecosystem.

“Technology is the key to turning around the fortune of the nation and we are engaging stakeholders as well as supporting the ecosystem.”

Chief Executive Officer of YIN, Mr Andrew Abu, said that the Dialogue was targeted at analysing some government policies in the tech ecosystem and how it impacted the startups, innovators in the country.

Abu decried that some policies of government, such as in the area of Financial Technology (Fintech), were not in favour of startups and young Nigerians into ICT development.

According to him, the banning of crypto currency and Twitter in the country has made some young people lose their jobs which are more visible online and driven by blockchain technology.

He advised that the government should always engage startups in the country in policy making to ensure everyone was carried along.

Mr Bankole Oloruntoba, Founder of NIINE, said that technology cut across all areas of governance which included green technology.

“If you combine the kinds of jobs that you can see within all these different sectors, you will see that for renewable energy sector alone multiple millions of jobs can be created within that space.”

“We think that with the right policy, right infrastructure, within a period of five years we can get about five to six million jobs within the green sector,” he said.

According to him, renewable energy sector in Nigeria is worth over 10 billion dollars.

Oloruntoba said that with the right policies that engaged the stakeholders, the green tech sector had the capacity to boost the economy.

He added that the country’s existing policies needed to be reviewed and harmonised for a better ICT ecosystem.