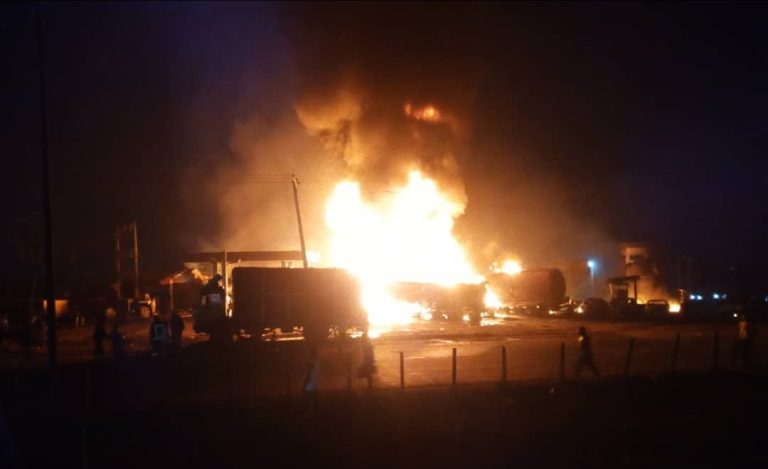 Our correspondent reports that the LPG tanker which exploded at about 7.30.p.m., spread fire to two other filling stations and a mechanic workshop with vehicles in the area.

Mr Martin Agbili, Director, Anambra State Fire Service, told our correspondent that the explosion threw the environment into panic due to the fire caused by the incident.

“The State Fire Service promptly responded to distress call by residents of the area and workers of the fuel stations.”

“Four fire trucks and fire fighters were deployed to the scene battling the fire,” he said.

“Men of the Fire Service and FRSC Rescue Team were on ground working to curtail the inferno.”

“Meanwhile, the area has been cordoned off and traffic diverted. No casualties and the total damages are yet to be ascertained, ” he said.