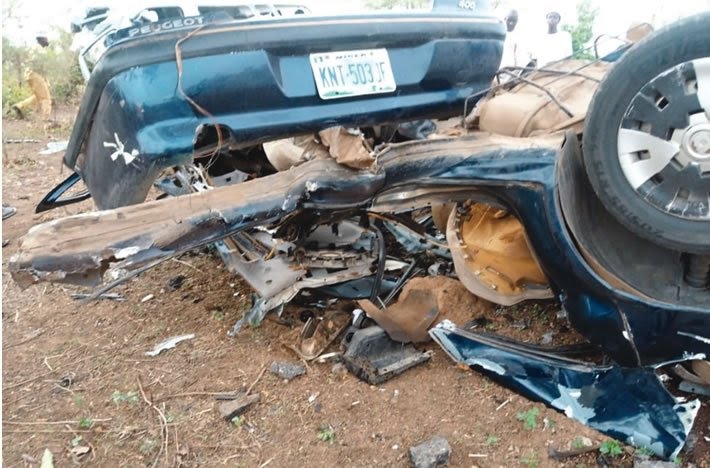 Yusuf Abdullahi, Sector Commander, Federal Road Safety Corps (FRSC) in Bauchi State, says no fewer than 16 people died in a road crash that occurred in the state on Sunday.

Abdullahi confirmed the incident in an interview with our correspondent on Monday in Bauchi.

According to him, the accident which involved an articulated truck and one other commercial Toyota Hummer bus, happened in Bambal village on Kano-Jama’are Road at 7:00 p.m.

The sector commander, who said that it took his personnel about seven minutes to arrive at the scene to clear the site, attributed the accident to speed violation.

“Sixteen people are involved in the crash comprising 10 males and six females and all the people onboard lost their lives to the crash.”

“The Hummer bus burst into flames after it ran into the truck and no single soul survived the crash.”

“Some people were burnt beyond recognition inside the Hummer bus,” said Abdullahi.

He disclosed that the corpses were deposited in the morgue of Kiyawa General Hospital on Kano-Jama’are- road for identification.

The Sector Commander advised motorists to always be conscious of traffic rules and regulations while plying the roads.

COVID-19: Current vaccines may need to be updated, WHO warns