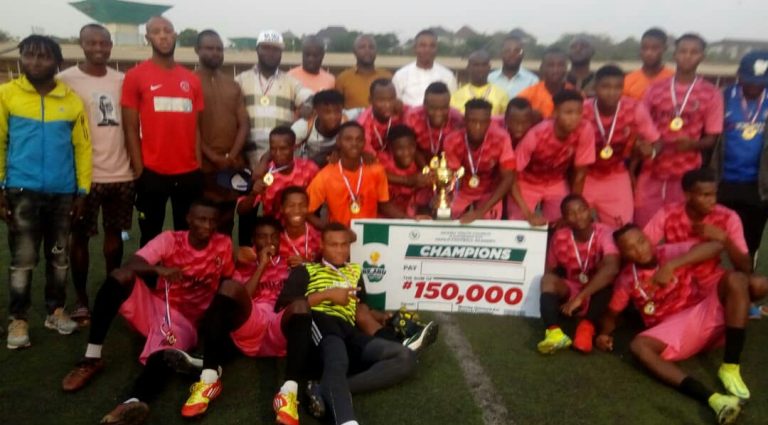 Gov. Ifeanyi Ugwuanyi of Enugu State says his administration is giving priority to grassroots sports development to engage and provide employment to youths in the state.

Ugwuanyi said this in his address at the grand finale of Nkanu Unity (Football) Cup, played at UNEC Stadium, Enugu on Sunday.

It was reported that the competition, meant for the six council areas in Enugu East Senatorial Zone, was organised by Nkanu Youth Council, in partnership with Kanu Nwankwo Football Academy.

The governor, who was represented by his Special Adviser on Information, Chief Steve Oruruo, said that the state wanted to tap from the huge economic benefits of the present day sporting activities, both at national and international levels.

According to him, the state has lots of abundant talents in sports, especially football, adding that it is only through grassroots sports competitions such talents can be showcased to world.

“The state has produced notable sports stars who have plied their sporting trade/career at international level, most of whom were discovered through this type of competitions.

“We are continuing in the age-long tradition of talent hunt and discovery as a government by supporting and fully sponsoring grassroots sports development, while we are also empowering our various sports associations to do likewise,’’ he said.

Ugwuanyi noted that introducing the highly energetic youth to sporting activities would make them channel their energies to things that were beneficial and gainful to them, their families and the society at large.

The governor lauded the organisers as well as Kanu Nwankwo football academy for its plans to further groom the discovered talents at the competition to stardom.

Speaking, President of Nkanu youth council, Mr Monday Ani, said that the council organised the competition as a means of uniting the youth of Nkanu land.

“We also wanted to provide a platform for these youthful football talents to have the opportunity to grow and be the future Kanu Nwankwo, Victor Moses and other great names in the football world,” Ani said.

The goals were scored in the 49th minute and 61st minute of the second half of the match respectively.

Chairman of Enugu North Local Government Counxil, Mr Emeka Onunze, who was highly elated as he dashed to the stadium, lauded the council’s players for doing him proud in the competition.

“I am happy that with the victory, most of the players of the council area will be admitted to the Kanu Nwankwo football academy, which will help transform their fortunes,” Onunze said.

Highlight of the competition wase the presentation of Legend of Football Award to a former Green Eagles player, Dominick Nwobodo, as well as cash and medal awards to both teams.