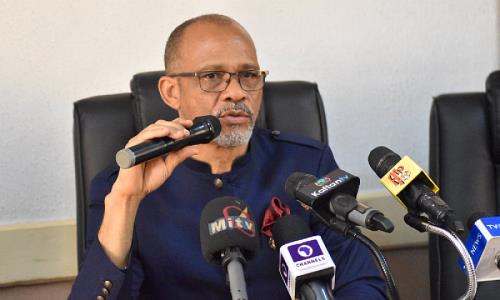 The Lagos State Commissioner for Health, Prof. Akin Abayomi, has appealed to the public for understanding over the non-availability of Moderna vaccine at all vaccination centres in the state.

Abayomi made the appeal through his official Instagram account @profakinabayomi, saying that the scarcity of the vaccine was temporary.

He noted that the supply of vaccines to all states was done exclusively by the National Primary Health Care Development Agency (NPHCDA).

“At the moment, Lagos State is yet to be supplied with another batch of the Moderna vaccine since the last stock was exhausted.

“The situation is, however, temporary.

“Lagos State is in touch with NPHCDA to ensure availability of adequate doses of the Moderna vaccine at vaccination centres as soon as possible.

“Please, be rest assured that second doses of Moderna vaccine will be administered to all who have received the first doses as soon as Lagos State receives new supply from NPHCDA,” he said.

It was reported that Gov. Bababjide Sanwo-Olu of Lagos, on Aug. 23, confirmed that the state received 299,000 doses out of the 601,000 of the Moderna vaccine promised by the Federal Government.

The state began administration of the vaccine on Aug. 25 as part of the second phase of the national COVID-19 vaccination exercise at all its 183 designated vaccination centres.

However, at the beginning of December, some residents had complained about their inability to get the second dose of the Moderna vaccine at vaccination centres across the state.

Data from the State Ministry of Health showed that as at Dec.21, 2,015, 032 doses of vaccines had been administered in the state.