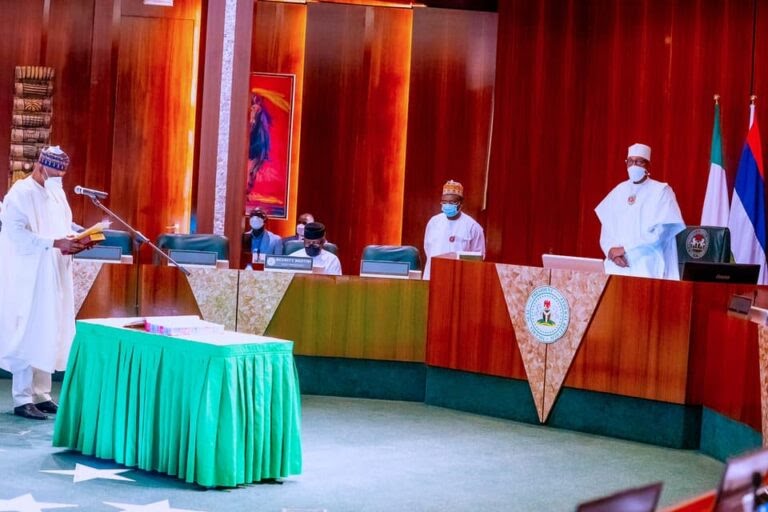 Our correspondent reports that the event was held shortly before the opening of the meeting of the National Security Council in the Presidential Villa, Abuja, on Friday.

Those in attendance of the security meeting include Vice-President Yemi Osinbajo, Secretary to the Government of the Federation, Boss Mustapha, Ministers of Police Affairs, Justice, Defence, Interior and Foreign Affairs.